CAPE TOWN, SOUTH AFRICA (AP) – The African football confederation has removed Guinea as host of the 2025 African Cup of Nations because of inadequate infrastructure.

The decision was announced late on Friday after Confederation of African Football (CAF) president Patrice Motsepe travelled to the country to meet with head of the military junta in Guinea Colonel Mamady Doumbouya, who took power in a coup in 2021.

CAF said its executive committee would meet in Algeria to discuss the details of re-opening the bidding process for the 2025 tournament, which might also be put back a year after the COVID-19 pandemic interrupted the African Cup of Nations sequence.

Guinea’s hosting of the continental championship had been under scrutiny for weeks after an inspection committee made a visit in early September and determined that Guinea wouldn’t be ready.

CAF made an internal decision then to strip the West African nation of the tournament but held off making an official announcement until Motsepe’s visit.

Last month, Doumbouya had said that the African Cup was still a “priority” for the new military leadership and insisted it should go ahead in Guinea, but it was taken out of his hands.

Motsepe said he visited the country on Friday “out of respect to the people of Guinea” before the decision to move the tournament was announced.

In a statement, CAF said the infrastructure and facilities in Guinea were “not ready to host a world class AFCON competition”. 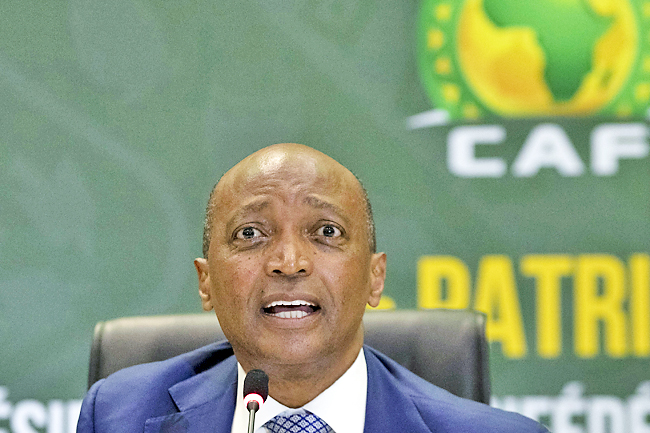