Since its establishment, the Girl Guides Association of Brunei Darussalam (PPPBD) has seen significant achievements, with the latest being the participation at the 13th Asia Pacific Regional Conference in Taiwan from August 13-17 where PPPNBD was represented by six members led by the deputy chief commissioner.

To date, PPPBD has around 1,800 members comprising Adult and Young Leaders, Ranger Girl Guides, Girl Guides and Brownies from all the four districts covering 77 primary and secondary schools, colleges and higher learning institutions.

Aside from their achievements, PPPBD is one of the most active uniformed associations and has represented the country in many international and regional events and activities.

Some other significant activities over the past two years are the hosting of the General Assembly Friends of Asia Pacific World Association of Girl Guides and Girl Scouts (WAGGGS) from March 12-15, 2017 as well as the launching of Green Fingers Project (Projek Jari-Jari Hijau) officiated by Her Royal Highness Princess Hajah Rashidah Sa’adatul Bolkiah, President of the Girl Guides Association of Brunei Darussalam on July 26, 2017.

PPPBD has also engaged in community projects such as ‘Titian Kasih Kemasyarakatan’, ‘Bersungkai with Orphans’, ‘Sedekah Bubur’ and donations to the less fortunate.

Last August, the association was honoured to have Her Majesty Permaisuri Agong Tunku Hajah Azizah Aminah Maimunah Iskandariah binti Al-Marhum Al-Mutawakkil Alallah Sultan Iskandar Al-Haj visit the headquarters during the official visit of the new Malaysian King to the country.

In May 1954, PPPBD was allowed to use a room at a government building in Jalan Sultan as its first temporary headquarters with gatherings and activities every Monday and Saturday. Months later, the 1st Brownie Pack was established in the Brunei-Muara District on August 25 with the first batch of 14 Brownies registered.

The late queen was also appointed as the first Royal Patron for PPPBD, which was officiated in 1960 and, in the same year, Yang Amat Mulia Pengiran Anak Besar binti Pengiran Anak Metassan took up the role as the first PPPBD President.

November 1966 saw the association receive a supervisor after the then Department of Education assigned an education officer to provide assistance to the association.

In the same year as Her Royal Highness Princess Hajah Masna’s appointment, a mass recruitment of members began, where PPPBD reached 1,400 members nationwide and was accepted as an associate member of the WAGGGS on July 26, 1987 at the 26th World Convention WAGGGS in Njoro, Kenya.

PPPBD shares the same mission and vision as WAGGGS, which is to enable girls and young women to develop to their fullest potential to become responsible citizens of Brunei Darussalam and the world, and the vision where all girls are valued and take action to change the world. 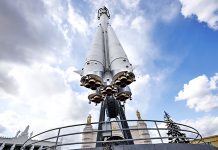