Guide them to be a safe user

ANN/THE STAR – When eight-year-old Annie (not her real name) was studying online during the pandemic, she was given her device (a tablet).

One day, a stranger sent her a WhatsApp message saying he wanted to be friends with her.

Not seeing any harm in it, she agreed and they started talking online.

But after several days of chatting, the stranger asked Annie to take her naked selfie and send it to him.

“He sent me his naked picture and said, ‘See, I have a very fair body. Can you take yours and send it to me too? I want to see!’” she said.

Although it sounded like what a curious child would say, Annie said that she “felt weird” about it, that it wasn’t right for her to take her naked picture to send to others.

Fortunately, Annie has a good relationship with her mother and decided to talk to her about it.

“I told Mummy this online friend wanted to see my naked picture and I asked her what to do,” she said. 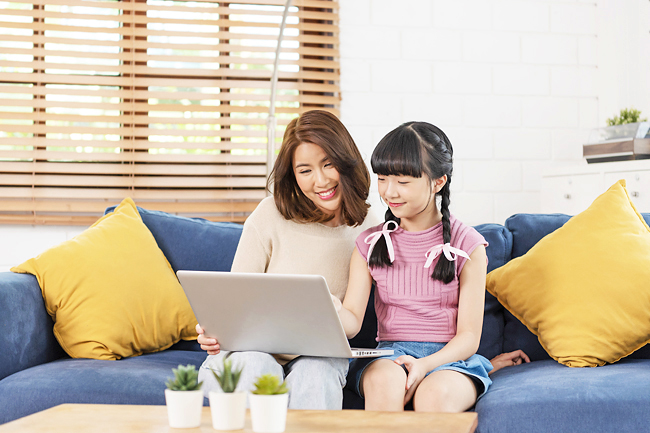 “As a parent, you need to start building a healthy relationship with your child where there’s trust and open communication, where your child feels safe and secure to talk about stuff with you, and where they won’t feel judged, condemned or blamed whatever happens,” said Yeap, who is a social worker.

“If the child thinks they’ll be scolded or blamed whenever they share about their problems or what they’re going through, they’ll naturally close up and stop sharing.”

Some parents might just tell their children not to go online because “it’s dangerous”, but that’s neither realistic nor practical.

Children need to be online for their studies and the Internet is a great resource for learning, communication, entertainment and more, she added.

“While parents can’t prevent their children from being online or making friends there, it’s possible to teach them how to be smart and safe,” she said.

“For example, parents can tell their child: ‘If you want to meet your online friends, how about I give you a lift to (a fast-food chain) and both of you can have lunch there? I’ll sit at the next table’. This is a good way for parents to give their children the freedom to make friends yet help them keep safe,” she advised.

Parents need to engage in non-judgemental conversations with their children to teach them about cybersafety, she added.

“It can be as simple as asking them what’s happening online lately, and if they are facing any problems. Two-way communication can build up the relationship so that if and when they face any problems, they’ll be willing to talk to you,” said Yeap.

For parents who find it difficult to talk to their children about online safety, there are resources to help them such as the Cybersafety: Keeping Children And Teenagers Safe Online Guidebook For Teachers And Parents.

These resources teach parents and teachers how to talk to children about the topic, including using social media properly. There are also games and activities that parents can do with their children to start the conversation.

People often think the appropriate time to talk to a counsellor is “after something has happened” but that couldn’t be further from the truth, said Yeap.

It’s never too early or too late to seek help should you need it, she said.

Prevention is better than cure, and before anything has even happened, a counsellor can act as a mediator to help parents broach the subject of online safety with their children.

This might help to lessen the incidence of online child sexual exploitation and abuse, she added.

For younger children (primary school age), one can set parental controls on their children’s devices so that they can’t access questionable sites.

But for secondary school teenagers, it’s harder because they’re at the “borderline” stage, and while you want to keep them safe, you also want to respect their privacy, she said.

To resolve this, you can start conversations with them, establish that trust and two-way communication, and set some basic house rules, for example, that they’re only allowed to use their device within a certain time frame.

Yeap shared that when they are approached to help with an online child exploitation and abuse case, they’ll explore what has happened, gather evidence, do counselling sessions and provide emotional support.

“Then, we’ll go through the options they have on what they can do, and they will have to decide which option to take – whether they want to take action or not against the perpetrator. “While some victims decide to move on with their own lives and don’t want to take any legal action, other victims may decide otherwise,” she said.

“For the second option, we’ll meet them in person to go through the legal process and tell them what is involved. The parents might have to make a police report and the police will start their investigation. If there is evidence, the case will go to the justice system/court,”
she added.

“When the victim is called to court, we will support them, accompany them and so on. It can be a traumatic time for the family, especially the child because they’re the main witness, so we’re here to provide our support,” she concluded.