LONDON (AFP) – Guernsey on Wednesday issued fishing licences to 40 European Union (EU) boats, in the latest move over post-Brexit access rights that has seen Paris and London at loggerheads and blockades threatened.

Some 58 vessels sent applications, together with positional and catch data, of which 40 – all registered in either Brittany or Normandy – were approved, with another three to be issued later, Guernsey authorities said.

France is angry that Britain and the Channel Islands of Jersey and Guernsey have not issued some French boats licences to fish in their waters after Brexit.

Under a deal agreed by London and Brussels late last year, European fishing vessels can continue to ply United Kingdom (UK) waters if they apply for new licences and can prove they operated there in the past.

In May, as tensions over access to the self-governing British crown dependencies in the Channel boiled over, French trawlers briefly encircled Jersey’s main port.

Guernsey’s authorities had so far renewed licences on an interim, month-to-month, basis as it considered the applications.

The licences announced on Wednesday will enable 40 vessels to continue to fish in Guernsey waters from February 2022.

Licences for a further three vessels will be issued in “due course”, officials said.

The other vessels on the interim list will be able to fish until January 31, 2022. After that, they will no longer be allowed, unless they can provide evidence that they historically fished in the waters.

“We have reached a significant milestone in our licensing roadmap announced back in September,” said Guernsey official Jonathan Le Tocq. France’s fisheries minister, Annick Girardin, said the granting of the licences was “excellent news for our fishermen”.

Progress had been made with Guernsey, she added, but said “the fight is not over: 111 licences are still outstanding”, mostly from Jersey and London.

The EU has given Britain until December 10 to resolve the issue. 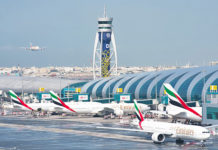 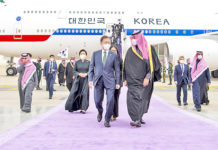