LONDON (AFP) – Pep Guardiola (AP, pic below) said on Friday that Manchester City midfielder Kalvin Phillips had returned from his World Cup stint with England “overweight” and unable to train.

City manager Guardiola was initially vague over why the injury prone 27-year-old was not even on the bench for Thursday’s League Cup win over holders Liverpool at the Etihad Stadium.

But following a 3-2 victory that took City into the quarter-finals, Guardiola said: “He’s not injured. He arrived overweight. I don’t know (why). He didn’t arrive in the condition to do training sessions and to play.”

City had 16 players on international duty at the World Cup, more than any other Premier League club, and they were all given time off after their involvement at Qatar 2022 ended, which in Phillips’ case came after England’s quarter-final loss to France.

“When he will be ready he will play, because we need him, we need him a lot,” said Guardiola, who added he had “absolutely” no issue with England’s training regime.

Asked if he was disappointed, the Spanish boss replied, “It’s a private conversation with Kalvin.” 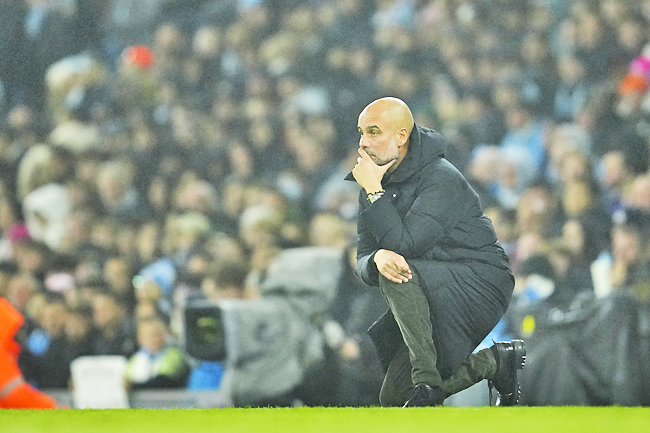