Growing up with a body-conscious mother

THE WASHINGTON POST – My mother has been on a diet her entire life. Every conversation I’ve had with her in my 51 years has included information about her current weight, or something she ate that she shouldn’t have, or something she didn’t eat that she’s proud of having resisted.

Growing up in Iran, she saw in every example that a woman’s beauty was her power. To her, it was a fundamental part of being a woman – to be seen, you had to be thin and beautiful.

Unfortunately, I didn’t fit into this mould, which created a chasm between us.

I was her firstborn and her only daughter. I started out thin and tall for my age. But when I was 13, things changed. My house was filled with marital strife.

My parents were immigrants trying to fit into a new homeland – my mother struggling to learn the language and culture, my father taking out his frustrations about starting over on her.

My school life wasn’t much better. I was a lonely and awkward kid, walking the halls hoping for a connection. All of this as puberty took over my body like a beast.

I started gaining weight. My mother was devastated. 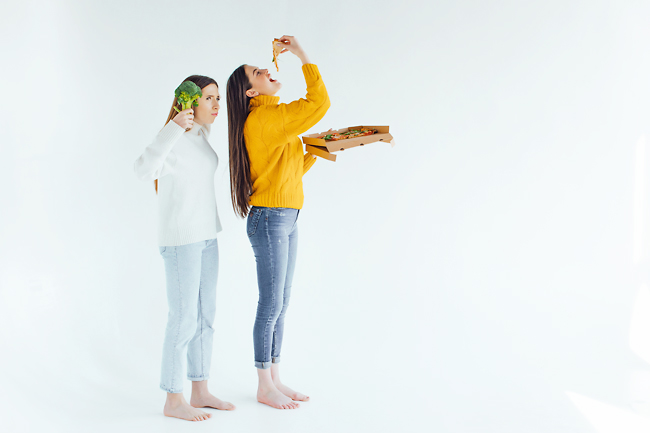 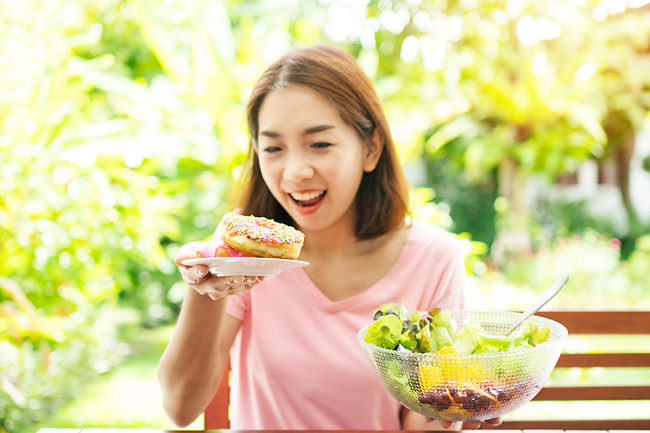 She saw her thin-daughter dreams fading by the day. But she didn’t give up without a fight. She did everything in her power to get me to lose weight: She pushed, pleaded, threatened, bargained.

My mother’s obsession with her weight and mine is not unique. Several researchers have studied how a mother’s restricted eating habits can affect her children, particularly daughters.

One study followed 173 mothers and daughters, checking in when the daughters were ages five, seven, nine and 11. They found that mothers who were preoccupied with their own weight and eating were more likely to restrict their child’s foods and encourage daughters to lose weight.

There are many studies like this. One followed sixth-grade girls and found that when mothers encourage a daughter to lose weight, it puts the child at risk for bulimia and eating disorders.

Another studied mothers and college-age daughters and found that a mother’s attitudes about her own body and dieting predicted a daughter’s struggle with body image and eating disorders.

“For most of us, our mothers are our first contact not just about what we should eat or how we should look but what it means to be a girl or a woman,” said psychology professor at Rutgers University Charlotte H Markey and author of The Body Image Book for Girls: Love Yourself and Grow Up Fearless.

My mother’s eating habits have centred on restriction and deprivation her entire life, which is something she has in common with a generation of mothers. In fact, the diets of many women born in the 1940s and 1950s would meet today’s criteria for eating disorders, Markey said.

One day after school, my mother caught me sneaking a bag of chocolate chip cookies into the basement. Instead of yelling at me, as she’d done hundreds of times, she sat me down and put her arms around my shaking shoulders. I remember her telling me, “Just control yourself.”

My battle with my mother was episodic. Sometimes I hid when my mother tried to initiate one of my mandatory weigh-ins, other times I succumbed and did as she wanted, but I never accepted her ideas of beauty. I’m not sure why.

Maybe it was the supportive teachers at my school who propped me up, or the female protagonists in the books I devoured, or maybe because my father always assured me that I was fine just the way I was.

My mother’s steadfast position on the importance of my weight widened our rift.

She dug deep into her position and I into mine. She didn’t let up on the diets, on the comments, on the judgment. No matter what she said or did, all I heard was, “If you’re not thin, I won’t love you.”

I never got thin.

Instead, I settled, more or less happily, into my average-American-woman-size body.

The older I got, the more I learnt to love and accept myself the way I was. I became a lawyer, got married and had children. An invisible war remained between us, but I still needed my mother.

Decades later, we still talked every day. I asked her whether she remembered the time we went to lunch before my driving test. I ordered a Caesar salad – and to please her, requested it with no dressing or croutons. The waiter came back with just a plate of lettuce.

Today, she agrees it was absurd.

I was stunned, and didn’t know what to say.

Research shows that mothers have tremendous power over their children’s eating habits, and they can use it to model healthy behaviour and set their children on course for a lifetime of healthy eating. And mothers who grew up with restricted eating need to be especially mindful to not repeat the pattern with their own daughters.

For those mothers and daughters whose relationships have been damaged by years of eating restriction and criticism around food, the solution is to start talking about it, said licensed marriage and family therapist and certified eating-disorders specialist in Los Angeles Alli Spotts-De Lazzer.

“Steps you can take to work toward healing include understanding what the other person is wounded by, taking ownership of your part in that and genuinely asking for forgiveness,” Spotts-De Lazzer said. “When the person knows they are understood, they can feel safe to potentially become close to you again.”

Every day, my mother and I talk over FaceTime, and while I try not to mention my weight, I still listen to her talk about hers. She still cares about it deeply.

The other day, I slipped up and told her about my pandemic weight gain. I instantly regretted it. All the terror and agony of that 13-year-old girl came rushing back. I asked her not to comment about it.

She gave me a knowing look filled with tenderness and compassion, and told me she was proud of the woman I’ve become.

I showed my mother this essay, and she approved of me sharing it. I still struggle with accepting my body’s size and imperfections. And my mother’s still on a never-ending diet. But she’s finally let go of the shame she carried for decades about her body – and mine.