AFP – Four suspects have been charged and remanded in custody in a Belgian investigation into alleged corruption at the European Parliament tied to Qatar, prosecutors said yesterday.

The federal prosecutor’s office did not identify the four by name, but a judicial source told AFP they include Eva Kaili, a Greek socialist MEP and one of the Parliament’s vice presidents.

The home of a second MEP was searched late Saturday, the prosecutor’s office said.

“Four individuals have been arrested by the Brussels investigating judge who is leading the investigation,” the Belgian federal prosecutor’s office said in a statement.

“They are charged with participation in a criminal organisation, money laundering and corruption. Two persons have been released by the investigating judge.”

Kaili was among six suspects arrested in Brussels on Friday as investigators probed allegations that figures linked to World Cup hosts Qatar have been paying bribes to influence the EU policy debate.

The arrests followed raids in Brussels which prosecutors said turned up EUR600,000 in cash.

She has lost her powers as a vice president of the parliament, which sits in Brussels and in Strasbourg, but she is still an MEP and would normally enjoy immunity from criminal prosecution.

But there is an exception in cases where a suspect is caught red-handed committing a crime.

According to the judicial source, Belgian police detained Kaili in possession of “bags of cash” and thus she was brought before the judge as having been caught in flagrante delicto. 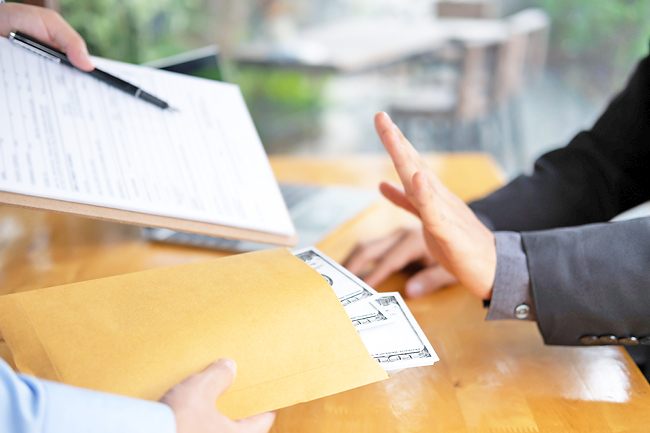