JEJU, SOUTH KOREA (AFP) – North Korea’s leader Kim Jong-un has threatened Seoul with destruction, but a remote graveyard on a resort island shows he has closer links to the South than he might admit.

At a cemetery in a hard-to-find corner of South Korea’s Jeju island, there are 13 tombstones bearing the Ko family name – Kim’s relatives through his mother, Ko Yong Hui.

Jong-un is the third member of the Kim family to rule North Korea, following in the footsteps of his father and grandfather – what official hagiography calls the “Paektu bloodline”.

But the Jeju graves tell a wider story. Kim’s mother was born in Osaka in 1952 to a native Jeju islander who emigrated to Japan in 1929, when the Korean peninsula was under Tokyo’s colonial rule.

Many of her family, including Kim’s maternal great-grandfather, are buried on Jeju, their overgrown graves a stark contrast to Pyongyang’s Kumsusan Palace of the Sun, where the embalmed bodies of Kim’s father and grandfather Kim Il Sung lie in state. 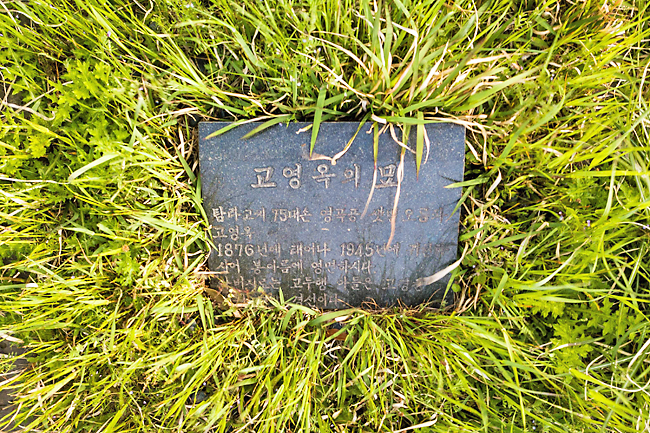 After Kim came to power in 2011 following the death of his father Kim Jong Il, many experts highlighted his mother’s South Korean and Japanese heritage. Pyongyang has never confirmed it.

The regime “must have feared confirmation would undermine its legitimacy”, Cheong Seong-chang of the Center for North Korea Studies at the Sejong Institute, told AFP.

The Kim dynasty bases its claim to power on Kim Il Sung’s role as a guerrilla fighter driving out Japan and winning Korea its independence in 1945.

Kim’s mother grew up in the Japanese port city of Osaka, but her family moved to North Korea in the 1960s as part of a decades-long repatriation programme by Pyongyang.

The scheme urged ethnic Koreans living in Japan to move to North Korea, part of a drive to “claim supremacy” over the South, said novelist and columnist Park Chul-hyun in Tokyo.

“The North saw the Korean-Japanese community as a strategic battleground,” he said, and managed to convince nearly 100,000 ethnic Koreans to relocate to the “socialist paradise”.

The Ko family answered the call, and lived a relatively normal life in the North until their eldest daughter caught the eye of the country’s heir apparent.

Experts believe that Ko, who was a performer with the Mansudae Art Troupe of musicians and dancers, first met Kim Jong Il in Pyongyang in 1972.

She would become his partner in 1975, experts say, and although there is no official record of their marriage the pair had three children. She died in 2004.

“There has been nothing about Ko Yong Hui in official state media,” said Rachel Minyoung Lee, a non-resident fellow with the 38 North Program at the Washington-based Stimson Center.

There is not much in state media about Kim Jong-un’s background and heritage generally beyond attempts to show he is the legitimate heir to the Mount Paektu legacy, she added.

South Korean media discovered the Ko family graves on Jeju in 2014 – one of the first real confirmations of Kim Jong-un’s South Korean ancestry.

At that time, there was a plaque – known as an “empty grave” in the South – honouring Kim’s maternal grandfather Ko Gyong Taek, even though he died and was buried in the North.

“Born in 1913 and moved to Japan in 1929. He passed away in 1999,” read the plaque, which allows family members to perform rites even if the body is not present.

The plaque was not there when AFP visited the graveyard in April.

It was removed by a distant relative of Kim Jong-un who feared the grave would be vandalised, the daily Chosun Ilbo reported.

He said his family “knew nothing about the relation to Kim Jong-un”, prior to the media discovery.