Grasping in the dark

BARCELONA, SPAIN (AP) – More than a year after the Taleban takeover that saw thousands of Afghans rushing to Kabul’s international airport amid the chaotic United States (US) withdrawal, Afghans at risk who failed to get on evacuation flights say they are still struggling to find safe and legal ways out of the country.

Among those left behind is a 49-year-old interpreter who worked for a NATO contractor in 2010 accompanying convoys in Kandahar.

Only six days after the Taleban reached the capital last August, they came looking for him.

“They come to my house and they threatened my son and my wife (when) I was not at home. They (then) destroy my office,” he told the Associated Press (AP) via WhatsApp referring to the place where he taught English. He asked that his name not be revealed for security reasons.

This month, he was interrogated by the Taleban again for more than two hours.

During the chaotic days of the US pullout, he had tried several times to reach Kabul Airport but, like many, failed to get through massive crowds made even more dangerous by attacks around the airport that killed dozens. 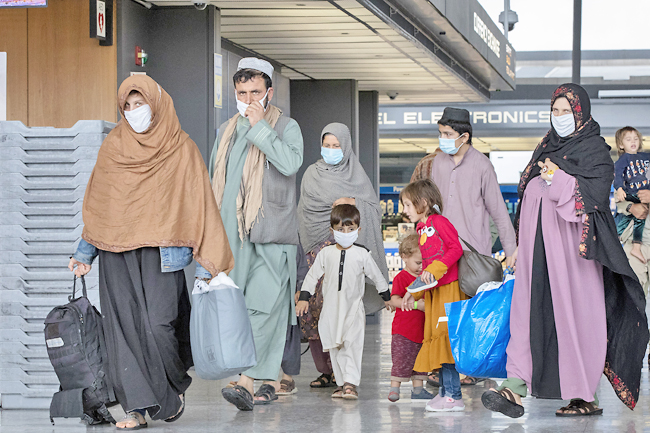 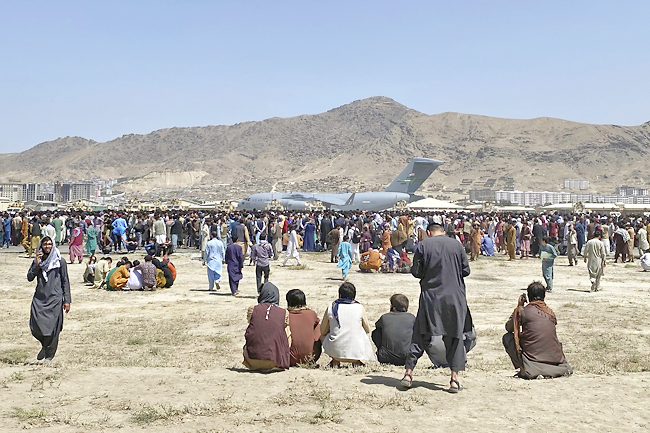 He then tried to leave Afghanistan by crossing the land border with Pakistan but was stopped by the Taleban who demanded USD700 per person to cross – money he did not have. To make matters worse, his passport is no longer valid.

Like millions of Afghans, he’s also been impacted by the country’s economic freefall, caused in part by international sanctions and vanishing foreign aid.

“We eat once a day,” the interpreter said. Still, he continues hoping he and his family will leave Afghanistan at some point.

“I never give up because of my future and my children’s future,” he said.

Since their return to rule, the Taleban have been trying to transition from insurgency and war to governing, with the hard-liners increasingly at odds with the pragmatists on how to run a country in the midst of a humanitarian and economic crisis.

But a year on they have so far failed to gain international recognition. Initial promises to allow girls to return to school and women to continue working have been broken.

Those who have failed to evacuate include interpreters and drivers but also women journalists, activists and athletes who say they cannot live freely under a Taleban-led government.

The US, together with other Western nations, hastily evacuated more than 120,000 people, both foreign nationals and Afghan citizens, in August last year.

Some 46,000 Afghans who remained in the country after August 31 have since applied for US humanitarian parole, according to the Migration Policy Institute. But only 297 have been approved so far.

Because there is no longer a US consulate in Afghanistan, asylum-seekers must make their way to other countries with consular services for in-person interviews.

The list of obstacles to getting out of Afghanistan is extensive, starting with the difficulty in obtaining passports as offices repeatedly close due to technical problems.

“Today, the vast majority of Afghans don’t have access to legal identity, meaning if they need tomorrow to be able to get to safety legally, they can’t,” said co-founder and executive director of Samuel Hall, an independent think tank that conducts research on migration and displacement, Nassim Majidi.

Majidi was speaking at a seminar organised by the Migration Policy Institute looking at the situation of Afghans in Afghanistan and abroad a year after the withdrawal.

Around 2,000 Afghans and their families who worked with NATO, its agencies, and member countries were among those evacuated from Kabul according to the military alliance.

But the evacuations were organised by individual member countries. NATO, as an organisation, had no repatriation plan.

Evacuations from third countries are still happening, although sporadically. Earlier this month a plane carrying nearly 300 Afghans who had collaborated with the Spanish government landed in Madrid. Germany and France also have continued to work on evacuation cases, Majidi said.

But thousands of Afghans are still living in limbo in third countries including Qatar, the United Arab Emirates, Kosovo and Albania while they wait for their applications to be processed for resettlement to the US and Canada.

Though life-saving for many, the evacuations also fractured families. Among them is that of an Afghan journalist who asked to remain anonymous, fearing for the safety of her relatives in Kabul.

“It was really difficult to leave everything behind in an hour,” she told the AP in a phone interview from her new home in Nijmegen, in the Netherlands, which she moved into after months of living in a temporary refugee shelter.

The government of the Netherlands had called her on August 26 offering a single spot on an evacuation flight. Her relatives told her she needed to save herself first if she wanted to help them.

A year later, three of her family members have recently managed to get evacuated to France, she said.

But despite repeated family reunification requests to the Netherlands and other European countries, the majority of her siblings remain in Kabul, living across the street from a police station now in Taleban hands.

On June 17 one of her older brothers was allegedly beaten to death by Taleban forces on the street after he was found carrying a photo of leader of the Northern Alliance that fought the Taleban Ahmad Shah Massoud, she said.

Days later, she said, the men showed up at the family’s home and forced them to sign a death certificate that stated he had died of “natural causes”. The AP was unable to independently verify her claims.

With most of her family still in Afghanistan and many bureaucratic hurdles to face in the Netherlands, it has been difficult to start a new life, she said.

“Until now it is just darkness.”