This year’s performance was themed Raja Tersohor Kegemilangan Rakyat focussing on the sovereignty and authority of His Majesty in developing the nation to achieve Brunei Vision 2035.

The theme also showed all citizens and residents of Brunei Darussalam as its backbone and key driver of development shaped by the Malay Islamic Monarchy philosophy.

The 10-minute stage performance were divided into four segments involving 200 youth participants as well as primary and secondary school students.

The first segment was titled Menjunjung Kasih with youth singing and dancing in Zapin rhythm specially created for His Majesty. 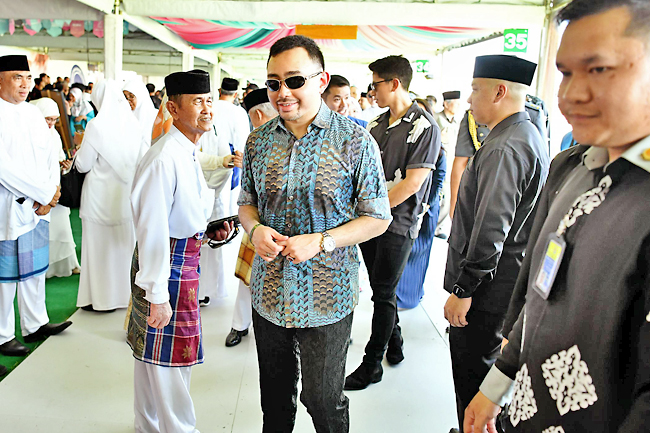 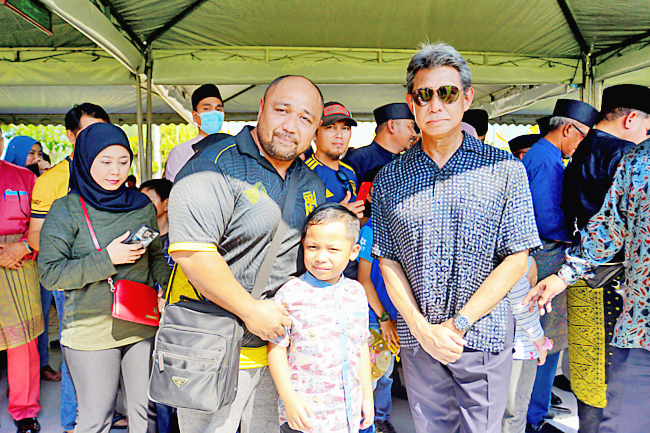 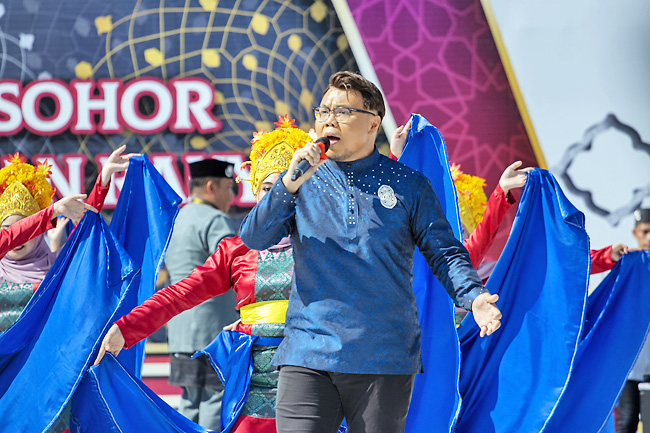 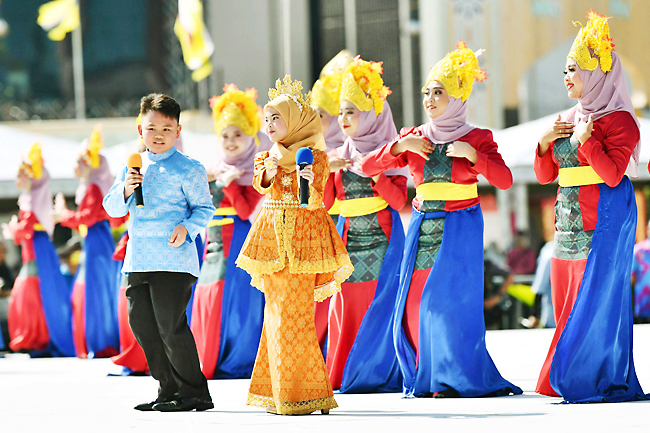 The second segment was titled Kegemilangan Raja involving 40 youth participants from choir and acapella groups. They sang a specially created song that portrayed the monarch’s charisma and authority creating a high spirit among the people and residents to reach the country’s pinnacle of glory.

The third segment titled Raja Berkarisma saw a collaborative performance by veteran musicians, youth and children presenting a song for His Majesty’s birthday.

The fourth segment titled Raja Tersohor Kegemilangan Rakyat saw choral speaking with a group of 20 students that illustrated the people’s love for the rule of His Majesty. It also saw older-generation singers performing alongside today’s youth.

Gentara Begawan Group leader Nuraqilah Bazilah binti Md Daud, who led 34 female youth traditional dancers from colleges and technical education institutions, said they practised a month for the event and were honoured to be involved in making the event a success.

“The biggest challenge was the dancers being new to traditional dancing and our tight schedule,” said Nuraqilah Bazilah.

Local singer Dayat Ahim, who led the finale performance, said it was his first time performing for a get-together ceremony.

“My first performance was during the National Day. This was the second time I performed for His Majesty in a major event,” said Dayat. “It was unbelievable and I felt lucky to be chosen as a singer.”