The Laksamana College of Business (LCB) Class of 2020 to 2022 has overcome unprecedented obstacles and made the best of virtual learning while braving a perfect storm of challenges due to the COVID-19 pandemic.

This was underscored by Chief Operating Officer (COO) and Deputy Principal Sivarajah Subramaniam at the college convocation ceremony for the afternoon session yesterday.

The COO said that the college has transformed massively since 2003, both in its infrastructure as well as its offerings, from certifications to degrees and masters programmes.

He said LCB strives to be a top private college in the region and has been promoting and introducing programmes such as local and international internships, student exchange programmes, United Kindom (UK)-LCB Synergy Programme, Global Entrepreneurship Programme and business collaborations with foreign universities and industries. 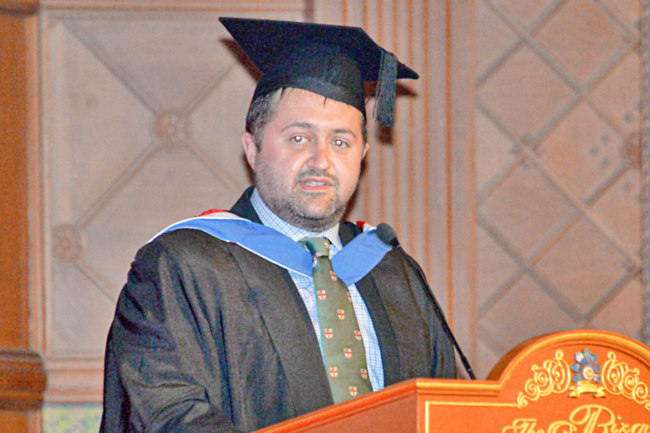 The university was granted degree awarding powers in 2003, which, coincidentally, is the year LCB was founded.

He said the partnership between LCB and the University of Chester, established in 2013, is one of the university’s closest and longest-standing overseas partnerships, despite being around 11,000 kilometres physically apart.

He added that the courses delivered at LCB relates directly to aspects that make the partnership successful such as the communication infrastructure that allows collaboration of academic and administrative staff.

Such infrastructure wouldn’t exist if not for computer scientists, and the across cultural, geographic and regulatory boundaries would not be possible without people skilled in business, finance, management and marketing.

Andrew said academics believe that to become an expert in a given discipline, 10,000 hours of study and practice are needed and those graduating should have already spent around 3,600 hours in study during their degree and hence are well on their way.