In the study, published last Tuesday in the peer-reviewed European Journal of Preventive Cardiology, researchers found that mild to moderate intake of ground, instant and decaffeinated coffee were all linked to “significant reductions” in mortality and cardiovascular disease – including coronary heart disease, cardiac failure and ischaemic stroke.

The research found that participants who drank two to three cups of coffee saw the largest risk reduc-tions in comparison to non-coffee drinkers. For example, ground coffee in this amount lowered the risk of death by 27 per cent, followed by 14 per cent for decaffeinated and 11 per cent for instant, the European Society of Cardiology (ESC) noted.

Two to three daily cups of ground coffee lowered the risk of cardiovascular disease by 20 per cent, followed by nine per cent for instant and six per cent for decaffeinated, the ESC added.

Ground and instant coffees, but not decaf, were also found to reduce risk of irregular heartbeat called arrhythmia. Four to five daily cups of ground coffee and two to three cups of instant lowered arrhythmias by 17 and 12 per cent, respectively. 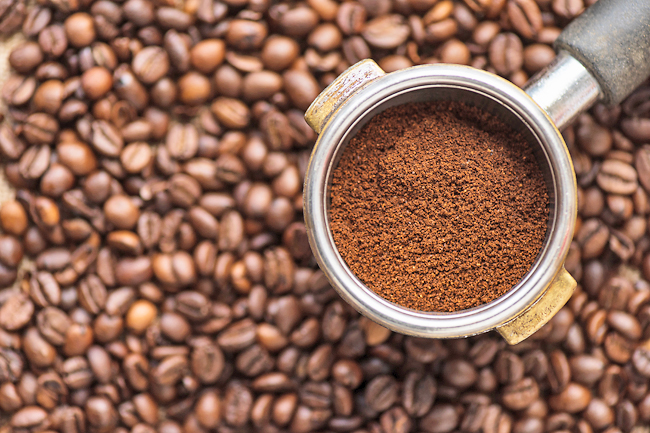 “Our findings indicate that drinking modest amounts of coffee of all types should not be discouraged but can be enjoyed as a heart healthy behaviour,” study author Peter Kistler, head of clinical electro-physiology research of the Baker Heart and Diabetes Research Institute in Melbourne, Australia, stated in an ESC press release.

Because the study found health benefits linked to both caffeinated and decaffeinated coffee, Kistler pointed to other compounds of coffee as the possible cause.

“Caffeine is the most well-known constituent in coffee, but the beverage contains more than 100 biologically active components,” Kistler stated. “It is likely that the non-caffeinated compounds were responsible for the positive relationships observed between coffee drinking, cardiovascular disease and survival.”

Previous research has suggested that coffee can provide an array of health benefits – including some protection against liver disease, Type 2 diabetes, Parkinson’s disease, Alzheimer’s disease and heart attack, the Mayo Clinic and Johns Hopkins Medicine note.

Still, it’s hard for studies to solely credit these outcomes to coffee. A lot of other factors contribute to living a healthy life, experts said. For example, a 2021 analysis in the American Heart Association journal Circulation: Heart Failure found that people who increasingly drank caffeinated coffee saw a lower risk for heart failure. While senior author Dr David Kao, medical director at the University of Colorado School of Medicine’s Colorado Center for Personalised Medicine, stressed the significance of this finding, he noted that more research is needed.

“There is not yet enough clear evidence to recommend increasing coffee consumption to decrease risk of heart disease with the same strength and certainty as stopping smoking, losing weight or exercising,” Kao stated in a AHA release at the time. Research groups can also vary significantly.

The European Journal of Preventive Cardiology study used the United Kingdom (UK) Biobank data from nearly 450,000 participants, who did not have arrhythmias or other cardiovascular disease when the study began. They were grouped into categories based on coffee intake and the type of coffee (if any) they drank primarily.

After 12.5 years on average, the researchers followed up – looking into death and medical records in comparison to participants’ coffee intake to determine the study’s findings. The researchers also adjusted to an array of demographic and other health factors, such as age, gender and smoking status. Still, the authors noted that there were some limitations and room for error in the research, such as participants drinking more than one type of coffee over time. Keep coffee intake to moderate amounts, experts said.

While studies like this are increasingly linking coffee to health benefits, it’s important to note that there are some health consequences associated with coffee, too. Increased anxiety, restlessness and insomnia are among potential risks that have been linked to coffee.

Experts also caution against drinking excessive coffee – noting that, if you choose to drink coffee, mild to moderate intake is the way to go.

Coffee should be one part of an overall balanced diet and healthy lifestyle. According to the AHA, federal guidelines said three to five eight-ounce daily cups of plain, black coffee can be part of a healthy diet.