THE WASHINGTON POST – Are you over 50 and getting five hours or less sleep a night? This could be a problem for your long-term health, warns a study published recently.

Researchers in Europe found that getting five or less hours sleep per night could put individuals at a higher risk of developing multiple chronic diseases such as heart disease, depression, cancer or diabetes.

The peer-reviewed study looked at almost 8,000 British civil service workers over an average 25-year period, at the ages of 50, 60 and 70, and found “short sleep duration to be associated with the onset of chronic disease and multimorbidity”, that is, two or more chronic diseases at the same time.

The study was published last week in the journal PLOS Medicine, by research teams from University College London and Université Paris Cité.

It found that at age 50, those who slept five hours or less were 30 per cent more likely to be diagnosed with multiple chronic diseases over time, compared with their peers who slept seven hours, epidemiology and public health researcher and lead author Severine Sabia told The Washington Post. 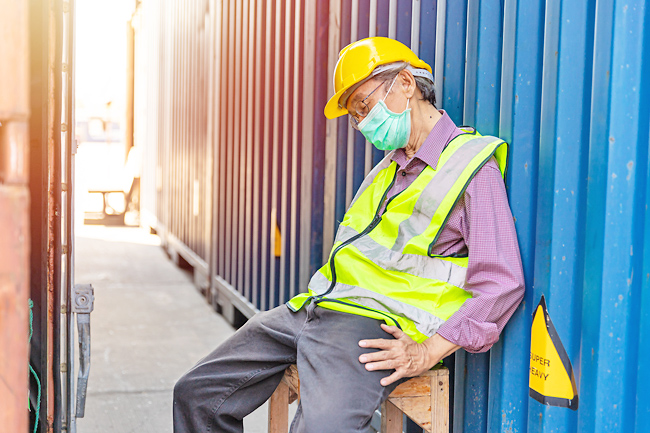 “As people get older, their sleep habits and sleep structure change. However, it is recommended to sleep for seven to eight hours a night,” Sabia said in a separate statement.

“More than half of older adults now have at least two chronic diseases. This is proving to be a major challenge for public health, as multimorbidity is associated with high healthcare service use, hospitalisations and disability,” she said.

The study acknowledges it has some limitations. It relied on self-reported data on sleep, and the participants were all civil servants, mostly in London, with only a “small proportion of non-white participants”, it added.

Whatever your age, job, or background, sleep experts agree that getting the right amount of sleep for you is important – and that conversely, worrying too much about your sleep can be counter-productive.

“There is no magic one size fits all number of hours sleep,” sleep consultant and author of How to Sleep Well Neil Stanley told The Washington Post.

“We should be looking for the right hours for us.”

Good sleep is essential to physical and mental health and sleep needs are to some degree “genetically determined” like height or shoe size, Stanley said, imploring people not to feel anxious about hitting a target number of hours.

Quality is important, too, he added, with our brains needing to enter the deep, restorative stage of sleep known as slow-wave sleep.

It aids cognitive processes such as consolidating memory, problem-solving and removing toxins that can lead to Alzheimer’s or dementia.

Sleep needs also vary with age, according to the Centers for Disease Control and Prevention.

Babies under a year old can need up to 16 hours of sleep per day, while teens need up to 10 hours and adults and the elderly need seven or more hours per night.

Such habits can include ensuring your bedroom is quiet, dark and a comfortable temperature, removing electronic devices and avoiding large meals before you sleep.

“Physical activity and exposure to light during the day might also promote good sleep,” she added.

For insomniacs and those with difficulty nodding off – Stanley suggests not to “overcomplicate” things too much. Human beings have been putting themselves to sleep for “millions of years – we’ve never needed lotions, potions or self-help books to fall asleep”, he joked.

Mostly people just need a quiet room and a “quiet mind” to sleep well, he added.

“Put your cares and worries to bed before you get into it.”

Professor of circadian neuroscience and author Russell Foster agrees that sleep is “extremely important” and urges those worried about the number of hours they are getting to accept that there is “individual variation” in sleep habits and duration. The acid test is really how well we perform when we are awake, he told The Post.

If we are able to function, problem solve and self-reflect then we are likely getting enough sleep for us, said Foster. If you need to set multiple alarms, feel tired, irritable or impulsive, crave naps or caffeine or have noticed altered behaviours, then they are common indicters that you’re not getting enough sleep.

Although a “golden slumber number” may exist, is it likely based on the individual, he added, and “will vary and change as we age”.