Gone but not forgotten

AP – One would have to go back hundreds of years to find a monarch who reigned longer than Queen Elizabeth II.

In her 70 years on the throne, she helped modernise the monarchy across decades of enormous social change, royal marriages and births, and family scandals. For most Britons, she was the only monarch they had ever known.

Her death in September was arguably the most high-profile death this year, prompting a collective outpouring of grief and respect for her steady leadership as well as some criticism of the monarchy’s role in colonialism. She likely met more people than anyone in history, and her image – on stamps, coins and bank notes – was among the most reproduced in the world.

Other world leaders who died in 2022 include former Soviet leader Mikhail Gorbachev, who died in August. His efforts to revitalise the Soviet Union led to the collapse of communism there and the end of the Cold War. He eventually resigned after an attempted coup, just as republics declared independence from the Soviet Union.

The year also saw the assassination of former Japanese Prime Minister Shinzo Abe, who was fatally shot during a campaign speech in July.

Among the entertainers who died this year was groundbreaking actor Sidney Poitier, who played roles with such dignity that it helped change the way Black people are portrayed on screen. Poitier, who died in January, became the first Black actor to win the Academy Award for Best Actor for his role in the 1963 film Lilies of the Field.

Here is a roll call of some influential figures who died in 2022: 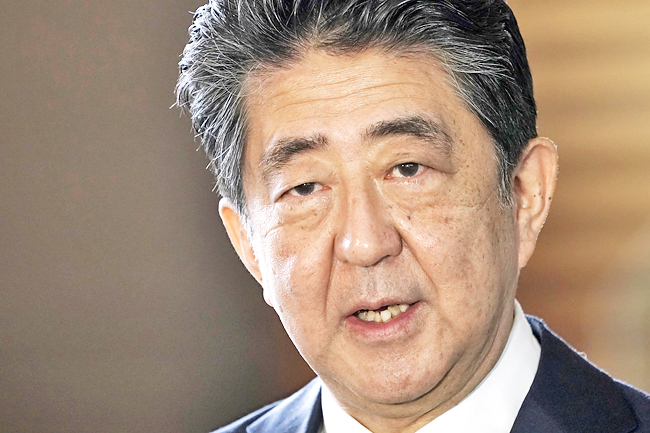 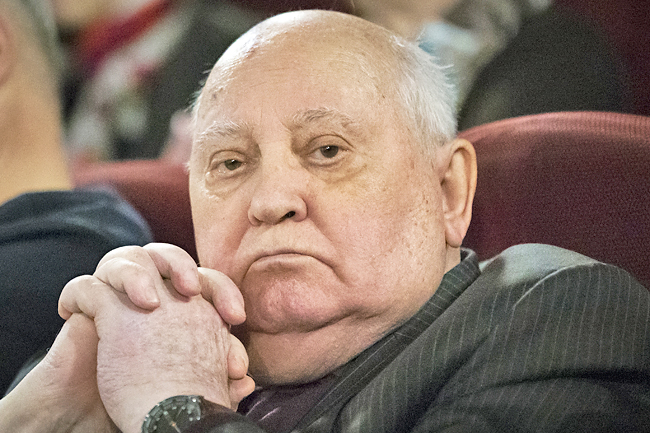 David Sassoli, 65. An Italian journalist who worked his way up in politics while defending the downtrodden and oppressed to become president of the European Union’s (EU) parliament. (Died on January 11).

Clyde Bellecourt, 85. A leader in the Native American struggle for civil rights and a founder of the American Indian Movement. (Died on January 11).

Ibrahim Boubacar Keita, 76. The former president of Mali who took office in a landmark election held after a destabilising coup only to be ousted in another military takeover nearly seven years later. (Died on January 16).

Charles McGee, 102. A Tuskegee Airman who flew 409 fighter combat missions over three wars and later helped to bring attention to the Black pilots who battled racism at home to fight for freedom abroad. (Died on January 16).

Olavo de Carvalho, 74. A leading light of Brazil’s conservative movement who stirred passions among both devotees and detractors. (Died on January 24).

Luc Montagnier, 89. A French researcher who won a Nobel Prize in 2008 for discovering the HIV virus and more recently spread false claims about the coronavirus. (Died on February 8).

Gail S Halvorsen, 101. A US military pilot known as the “Candy Bomber” for his candy airdrops during the Berlin Airlift after World War II ended. (Died on February 16).

Dr Paul Farmer, 62. A US physician, humanitarian and author renowned for providing health care to millions of impoverished people worldwide and who co-founded the global non-profit Partners in Health. (Died on February 21).

Autherine Lucy Foster, 92. The first Black student to enroll at the University of Alabama. (Died on March 2).

Eugene Parker, 94. A physicist who theorised the existence of solar wind and became the first person to witness the launch of a spacecraft bearing his name. (Died on March 15).

Lauro F Cavazos Jr, 95. A Texas ranch foreman’s son who rose to become the first Latino to serve in a presidential Cabinet as US Secretary of Education during the administrations of Ronald Reagan and George HW Bush. (Died on March 15).

Don Young, 88. The Alaska congressman was the longest-serving Republican in the history of the US House. (Died on March 18).

Madeleine Albright, 84. A child refugee from Nazi- and then Soviet-dominated Eastern Europe who rose to become the first female secretary of state and a mentor to many current and former American statesmen and women. (Died on March 23).

Vladimir Zhirinovsky, 75. The Russian nationalist leader was a senior lawmaker whose sulphurous rhetoric and antics alarmed the West but appealed to Russians’ aggrievement and wounded pride. (Died on April 6).

Rosario Ibarra, 95. Her long struggle to learn the fate of her disappeared son helped develop Mexico’s human rights movement and led her to become the country’s first female presidential candidate. (Died on April 16).

Orrin G Hatch, 88. The longest-serving Republican senator in history who was a fixture in Utah politics for more than four decades. (Died on April 23).

Ricardo Alarcón, 84. For years, he was the head of Cuba’s parliament and one of the country’s most prominent diplomats. (Died on April 30).

Norman Mineta, 90. He broke racial barriers for Asian Americans serving in high-profile government posts and ordered commercial flights grounded after the 9/11 terror attacks as the nation’s federal transportation secretary. (Died on May 3).

Stanislav Shushkevich, 87. He steered Belarus to independence during the breakup of the Soviet Union and served as its first leader. (Died on May 4).

Leonid Kravchuk, 88. He led Ukraine to independence amid the collapse of the Soviet Union and served as its first president. (Died on May 10).

Robert C McFarlane, 84. The former White House national security adviser was a top aide to President Ronald Reagan who pleaded guilty to charges for his role in an illegal arms-for-hostages deal known as the Iran-Contra affair. (Died on May 12).

Sheikh Khalifa bin Zayed Al Nahyan, 73. The United Arab Emirates’ long-ailing ruler and president who oversaw much of the country’s blistering economic growth and whose name was immortalised on the world’s tallest building, the Burj Khalifa. (Died on May 13).

Valery Ryumin, 82. A veteran Russian cosmonaut who set space endurance records on Soviet missions, then returned to orbit after a long absence to fly on an US space shuttle. (Died on June 6).

Uffe Ellemann-Jensen, 80. He was Denmark’s foreign minister for more than 10 years from the early 1980s and was considered one of the Nordic region’s key politicians in the end phase of the Cold War. (Died on June 18).

Hershel W “Woody” Williams, 98. The last remaining Medal of Honor recipient from World War II, whose heroics under fire over several crucial hours at the Battle of Iwo Jima made him a legend in his native West Virginia. (Died on June 29).

José Eduardo dos Santos, 79. He was once one of Africa’s longest-serving rulers who during almost four decades as president of Angola fought the continent’s longest civil war and turned his country into a major oil producer as well as one of the world’s poorest and most corrupt nations. (Died on July 8).

Luis Echeverria, 100. A former Mexican president who tried to cast himself as a progressive world leader but was blamed for some of Mexico’s worst political killings of the 20th Century. (Died on July 8).

Ann Shulgin, 91. Together with her late husband Alexander Shulgin, she pioneered the use of psychedelic drugs in psychotherapy and co-wrote two seminal books on the subject. (Died on July 9).

Francisco Morales Bermudez, 100. The former president was an army general credited with paving the way for Peru’s return to civilian government – but also convicted abroad of involvement in dirty war crimes. (Died on July 14).

Fidel Valdez Ramos, 94. The former Philippine president was a US-trained ex-general who saw action in the Korean and Vietnam wars and played a key role in a 1986 pro-democracy uprising that ousted a dictator. (Died on July 31).

Roy Hackett, 93. The British civil rights campaigner was a leader of a bus boycott that played a key role in ending legal racial discrimination in the United Kingdom (UK). (Died on August 3).

Mikhail Gorbachev, 91. The last leader of the Soviet Union, he set out to revitalise it but ended up unleashing forces that led to the collapse of communism, the breakup of the state and the end of the Cold War. (Died on August 30).

Queen Elizabeth II, 96. Britain’s longest-reigning monarch and a rock of stability across much of a turbulent century. (Died on September 8).

Dave Foreman, 74. A self-proclaimed eco-warrior who was a prominent member of the radical environmentalism movement and a co-founder of Earth First! (Died on September 19).

Dr Valery Polyakov, 80. The Soviet cosmonaut who set the record for the longest single stay in space. (Died on September 19).

Jerzy Urban, 89. A spokesman for Poland’s communist-era government in the 1980s who masterminded state propaganda and censorship for the regime in the final years before its collapse. (Died on October 3).

James A McDivitt, 93. He commanded the Apollo 9 mission testing the first complete set of equipment to go to the moon. (Died on October 13).

Jiang Zemin, 96. He led China out of isolation after the army crushed the Tiananmen Square pro-democracy protests in 1989 and supported economic reforms that led to a decade of explosive growth. (Died on November 30).