The 38-year-old Golovkin (40-1-1, 35 knockouts) will move one clear of Bernard Hopkins for the most ever defenses at 160 pounds if he takes care of business against the unbeaten Szeremeta.

“It’s very exciting for any athlete to set a new record, whether it’s the 21st defence or any other record, the fact you’re setting a record is pleasing to me,” said Golovkin, the International Boxing Federation middleweight champion.

The behind-closed-doors fight at the Seminole Hard Rock Hotel and Casino, which is being broadcast on the DAZN streaming platform, is also an opportunity for Golovkin to remind a worldwide audience that he remains a force in the division.

A solid but unspectacular unanimous decision victory over Sergiy Derevyanchenko in his last fight, in October 2019, fuelled the view that the hard-hitting Golovkin is in decline.

Even Szeremeta (21-0, 5 knockouts) risked tweaking the champion’s tail earlier this week by suggesting Golovkin was past his prime.

“You cannot defeat time, we know that,” the 31-year-old Szeremeta said.

“We know his prime is behind him and I’m walking into my prime right now. He is still an extremely dangerous fighter and I need to remember this all the time.”

“Any athlete is entitled to his opinion,” Golovkin said. “I can’t say if he’s confused. But the fight on Friday will show whether he’s confused or not. Even if I’m supposedly past my prime I still feel great and I’m ready. He’s up for a surprise.

“When I spar, I feel great and as strong, powerful, tenacious and I have as much stamina as I had five years ago – maybe even better.”

While Golovkin admits that the prospect of a third fight against Mexican rival Saul “Canelo” Alvarez is increasingly unlikely, he is keen to fight on as his 40th birthday looms ever closer.

“I have not achieved everything I wanted to achieve,” he said this week. “I first need to win on Friday and after that I will start to look into other opportunities and options in order to achieve more in my career.”

But the possibility of a third fight with Canelo, who defeated Golovkin with a controversial majority decision in Las Vegas in 2018, looks remote.

“I’m tired of thinking about it,” Golovkin said. “It’s been over two years that we’ve been throwing this around. It’s not my fault that this fight has not taken place. But there is a possibility this fight might never happen.” 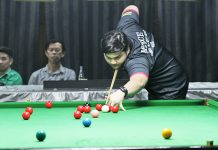