SYDNEY (AFP) – Australia’s record-breaking economic run is not about to end because of a ban on plastic bags – as one lobby group spuriously claimed – but consumers are buying less, offering a cautionary tale for the rest of the world.

Once dubbed the “Goldilocks economy” for avoiding the pitfalls of the global financial crisis, Australia has seen 27 years of uninterrupted expansion – unprecedented in the developed world.

But the outlook appears increasingly bearish, and resilient Australia’s faltering growth could be the canary in the coal mine for the world economy.

The economy grew just 0.4 per cent in the first three months of this year, after near-zero expansion in the second half of 2018.

Strip away gains from population growth and the country is technically in a recession.

Like many advanced economies, Australia’s unemployment rate is not too bad, but like elsewhere there has been a troublesome mixture of high personal debt and stagnant wages.

In response, Australians are being more thrifty – spending less on eating out, paying little heed to almost constant high street discounts, and, crucially, spending less on rent and accommodation.

House prices in Sydney have now fallen almost 15 per cent from their peak two years ago.

The downturn has exposed weakness in the Australian economy that had been masked by China’s insatiable appetite for Australian commodities.

That’s a big lesson for the rest of the world as it picks up the pieces after the financial crisis, Gabriele Gratton of the University of New South Wales said.

“The Australian economy didn’t diversify enough and it exposed itself to a situation where Australian households are highly indebted,” Gratton told AFP.

Chinese growth also contributed to the sharp rise in housing prices as both locals and foreigners piled into the market, particularly in the major cities Sydney and Melbourne.

But the Chinese economy has been losing momentum in recent years, reducing the demand for commodities and properties in the sun.

“If prices do not collapse, then nothing happens. But if prices do collapse, it will cause the type of (problems) that we’ve seen in Ireland or in Spain,” Gratton said.

The Reserve Bank, which just a year ago appeared more likely to raise interest rates, has reversed course and cut, with more cuts expected.

With interest rates already so low, stimulus spending could be on the cards. But both the central bank and the government have limited room for manoeuvre.

“The problem is you don’t have the policy instruments that we can pull now that we pulled in the global financial crisis,” Oster said.

Despite the pessimism, most economists do not believe Australia will slip into recession.

The Australian dollar has been weakening, boosting exports, state and federal governments have been splashing out on public services such as healthcare and infrastructure, and population growth remains strong. 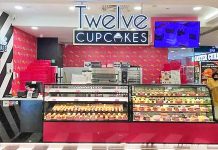 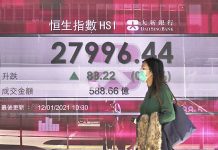