Going to bed in fear

BALATA REFUGEE CAMP, WEST BANK (AP) – Yousef Mesheh was sleeping in his bunk bed when Israeli forces stormed into his home at 3am.

Within moments, the 15-year-old Palestinian said he was lying on the floor as troops punched him, shouting insults. A soldier struck his mother’s chest with his rifle butt and locked her in the bedroom, where she screamed for her sons.

Yousef and his 16-year-old brother, Wael, were hauled out of their home in Balata refugee camp in the northern West Bank.

Yousef was in a sleeveless undershirt and couldn’t see without his glasses.

“I can’t forget that night,” Yousef told The Associated Press (AP) from his living room, decorated with photos of Wael, who remains in detention. “When I go to sleep I still hear the shooting and screaming.”

The Israeli military arrested and interrogated hundreds of Palestinian teenagers in 2022 in the occupied West Bank, without ever issuing a summons or notifying their families, according to an upcoming report by the Israeli human rights organisation HaMoked.

The charges against those being arrested ranged from being in Israel without a permit to throwing stones or Molotov cocktails. Some teens said they were arrested to obtain information about neighbours or family members. 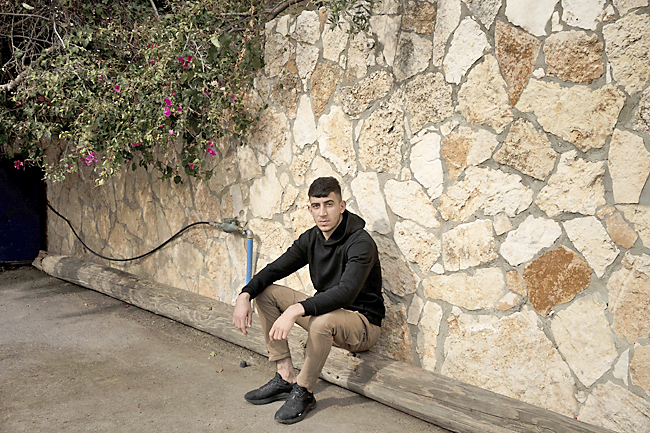 In the vast majority of the military’s pre-planned arrests of minors last year, children were taken from their homes in the dead of the night, HaMoked said.

After being yanked out of bed, children as young as 14 were interrogated while sleep-deprived and disoriented. Water, food and access to toilets were often withheld.

Yousef said soldiers beat him when he asked to relieve himself during his seven-hour journey to the detention centre.

The Israeli army argues it has the legal authority to arrest minors at its discretion during late-night raids.

Lawyers and advocates say the tactic runs counter to Israel’s legal promises to alert parents about their children’s alleged offenses.

In response to a petition to the Supreme Court by HaMoked two years ago, there had been some small improvement when Israel asked the military to first summon Palestinian parents about their accused children. But the progress was short-lived.

Last year, the Israeli military rounded up hundreds of Palestinians in the West Bank ages 12-17 in late-night arrests, according to HaMoked. Rights activists say they believe such tactics are meant to create fear.

“The fact that the military is making no effort to reduce these traumatic night arrests indicates to us that the trauma is part of the point,” said director of HaMoked Jessica Montell.

“This intimidation and terrorising of communities seems actually part of the policy.”

According to figures reported to the Supreme Court, the army summoned Palestinian parents to question their children only a handful of times in 2021. Last year, not a single family received a summons in nearly 300 cases HaMoked tracked in the West Bank.

Petty offences and cases where children were released without charge, as happened to Yousef were no exception. HaMoked said the numbers are incomplete because it believes scores of similar cases are never reported.

“They are not implementing the procedure they created themselves,” said accountability programme director for Defence for Children International in the Palestinian territories Ayed Abu Eqtaish.

“The beating and mistreatment of children during night arrests is really what we’re concerned about.”

In response to a request for comment, the Israeli military said it tries to summon Palestinian children suspected of minor offences who have no history of serious criminal convictions. But, the army argued, this policy does not apply to serious offences or “when a summons to an investigation would harm its purpose”.

The army would not comment on Yousef’s arrest, but said his brother, Wael, faces charges related to “serious financial crimes”, including “contacting the enemy”, “illegally bringing in money” and helping “an illegal organisation”.

These charges typically reflect cases of Palestinians communicating with people in the Hamas-ruled Gaza Strip. Although HaMoked found most cases were soon dropped, the late-night arrests haunted children long after.

Since his November 7 arrest, Yousef “is not like he was before”, said his mother, Hanadi Mesheh, who also recounted her ordeal to the AP. He can’t focus in school. He no longer plays football. She sleeps beside him some nights, holding him during his nightmares.

“I feel like I’m always being watched,” Yousef said. “I’m frightened when my mother wakes me in the morning for school.”

Similar stories abound in the area. The northern city of Nablus emerged as a major flashpoint for violence last year after Israel began a crackdown in the West Bank in response to a spate of Palestinian attacks in Israel.

Last year Israeli forces killed at least 146 Palestinians, including 34 children, the Israeli rights group B’Tselem reported, making 2022 the deadliest for Palestinians in the West Bank in 18 years. According to the Israeli army, most of the Palestinians killed have been militants.

But youths protesting the incursions and others not involved in confrontations have also been killed. Palestinian attacks, meanwhile, killed at least 31 Israelis last year.

The Palestinians have decried the raids as collective punishment aimed at cementing Israel’s open-ended 55-year-old occupation of lands they want for a future state.Israel captured the West Bank in the 1967 Mideast war, along with east Jerusalem and the Gaza Strip.

Nighttime arrest raids are not limited to the West Bank. Israeli police also carry out regular raids in Palestinian neighbourhoods of east Jerusalem.

Last fall in the Jerusalem neighbourhood of Beit Hanina, Rania Elias heard pounding on the door before dawn.

Her youngest son, 16-year-old Shadi Khoury, was sleeping in his underwear. Israeli police burst into their home, shoved Khoury to the floor and pummelled his face. Blood was everywhere, she said, as police dragged him to a Jerusalem detention centre for interrogation. “You can’t imagine what it’s like to feel helpless to save your child,” Elias said.

In response to a request for comment, the Israeli police said they charged Khoury with being part of a group that threw stones at a Jewish family’s car on October 12, wounding a passenger.

Under Prime Minister Benjamin Netanyahu’s new ultra-nationalist government, parents say they fear for their children more than ever.Some of the most powerful ministers are Israeli settlers who promise a hard-line stance against the Palestinians.

“This is the darkest moment,” said activist Murad Shitawi, whose 17-year-old son Khaled was arrested last March in a night raid on their home in the West Bank town of Kfar Qaddum. “I’m worried for my sons.”