Going from strength to strength

One of the significant, positive marks in the bilateral trade between Brunei Darussalam and Malaysia is that, for the first half of 2022 from January to June, data shows an upward trend.

Speaking to the Weekend Bulletin, Malaysian High Commissioner to Brunei Darussalam Dato’ Raja Reza Raja Zaib Shah shared that MYR5 billion was recorded in the total trade and they are very optimistic that by year end, it would hit the MYR10-billion mark.

“If this happens, for the first time in the history of our relations, our bilateral trade will reach a double- digit figure. This is made possible because I have taken a very aggressive approach in encouraging the business community in Brunei and Malaysia to deepen business relations,” he said.

One approach is by making regular visits to Malaysian companies or Malaysian-owned companies to advise them to be mindful of producing only quality products and services, and to also embrace the integrity culture. 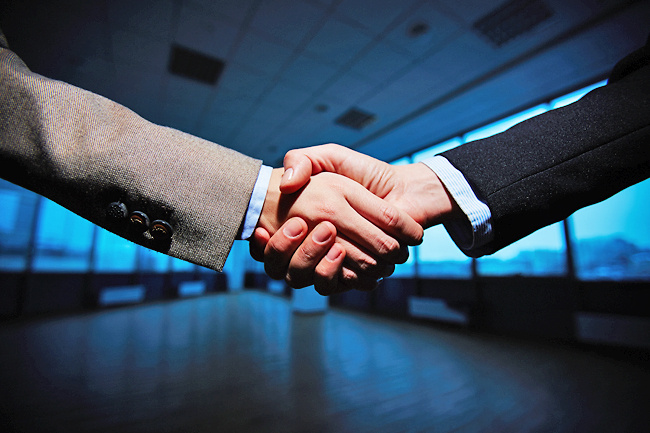 He met with Minister of Primary Resources and Tourism Dato Seri Setia Dr Haji Abdul Manaf bin Haji Metussin with regards to exploring possibilities in the field of food security and agrifood, specifically Brunei’s interest to have joint projects such as, for instance, to have a plantation or farming in Sabah or Sarawak.

Dato Seri Setia Dr Haji Abdul Manaf also touched on paddy plantation and growing vegetables and, requested for the high commissioner to explore the possibility of husbandry for cattle and chicken.

Another area of potential is culture, and the high commission is now actively pursuing discussions with the Language and Literature Bureau (DBP) and Universiti Brunei Darussalam (UBD) on how both countries can promote Malay Language to foreigners.

One specific initiative is conducting an inter pantun (poetry) with all universities in Brunei, which the High Commission of Malaysia will organise with the sole intention of promoting the pantun culture, especially among youths.

The bilateral ties throughout 2022 have continued to be strong and close, which is translated through the various high-level visits throughout the year, hence making it an active period in terms of exchange of visits at the highest level.

The RBAF has continuously been part of the Malaysian contingent in the UN Interim Force in Lebanon (UNIFIL); it has a platoon of 30 personnel in the Malaysian MALBAT contingent.

The most recent development was a discussion between Pehin Datu Lailaraja Major General (Rtd) Dato Paduka Seri Haji Awang Halbi and Malaysian Defence Minister Dato Sri Tun Hishamuddin bin Tun Hussein in Kuala Lumpur, during which talks were held on the possibility of having the Sultanate join the trilateral cooperation arrangement (TCA).

Under the existing arrangement, Malaysia, the Philippines and Indonesia are in a cooperative framework to patrol the waters between the three countries. Now, Brunei is considering joining this arrangement.

In terms of other areas, education for example, recently there were two back-to-back Malaysian education fairs in the Sultanate, both of which overwhelming well-received.

Dato’ Raja Reza has personally set a target to get 450 Bruneians to study in Malaysia every year, in line with the strategy to make Malaysia a regional education hub.

In the field of sports, Dato’ Raja Reza was very pleased to note that Brunei has sent a contingent to participate in the 20th Malaysian Games (Sukma) 2022 from September 16-24.

Touching on the land and sea border re-opening, the envoy said Malaysia extended its gratitude to the Brunei government for the reopening of land and maritime borders effective August 1, adding that this will definitely revive economic activities and people-to- people contact.

Surprisingly, only 1,144 Bruneians crossed various control posts to enter Sarawak during the first two weeks of the re-opening of the land borders. According to Malaysian Immigration Department statistics, 15,291 travellers arrived in Sarawak from Brunei through land borders between August 1-30, 2022.

The high commissioner has yet to pursue this with the Brunei side, noting that they intend to “study the pattern” of the first month of borders re-opening. The figures are not staggering and are manageable for personnel at the control post.

“Additionally, having monitored the control post in Labu, not many are using the land route to get to Sabah. Many are still using flights, with one probable main reason being because of the Pan Borneo Highway, as there is a slight delay in the construction in the Sabah section,” he said.

In Sarawak, there has been good progress (at 83 per cent completion). The Pan Borneo on the Sarawak side will be completed by the first quarter of 2023.

Of course, with better highways and roads, this will improve connectivity not only to facilitate movement of goods, but also people. This means cutting short the travel time and by extension, increasing the volume of trade and tourism.

“Malaysians residing in the Sultanate are not only contributing to the Brunei economy, but form part of the population that can help accelerate efforts towards achieving Brunei Vision 2035. I am pleased that Malaysians in Brunei are a group of responsible and law-abiding citizens and have continued to keep up the good image of the country in the Sultanate.”