Federal Reserve Chair Jerome Powell said the economy is growing at a healthy clip, and that has accelerated inflation. In written testimony delivered at a congressional oversight hearing yesterday, Powell reiterated his view that inflation’s recent jump to a 13-year high will prove temporary.

Powell’s remarks follow a meeting of the Fed’s policymaking committee last week, when central bank officials signalled they were prepared to raise rates earlier than they had previously suggested. 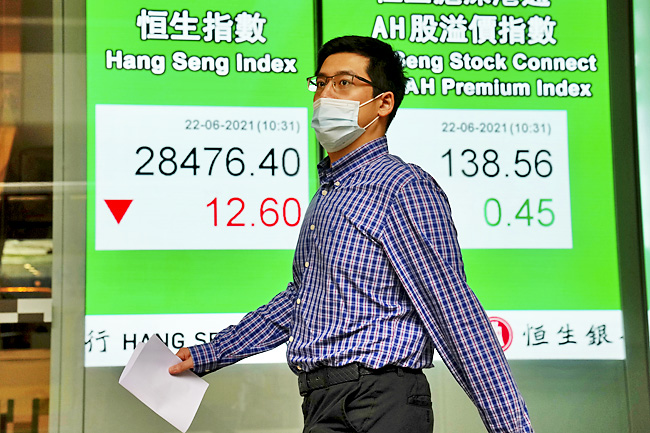 But despite the reassurance from Powell, renewed coronavirus outbreaks are clouding the outlook in much of Asia. “Much of the region is dealing with renewed waves of COVID-19 infections. These waves, especially in the case of India, Indonesia and some other countries in Southeast Asia, are the most severe yet,” said Venkateswaran Lavanya at Mizuho Bank in Singapore.

Investors are still figuring all the ramifications of the Fed’s forecast that may start raising short-term interest rates by late 2023.

That’s earlier than previously thought. The Fed also began talks about slowing programme meant to keep longer-term rates low, an acknowledgment of the strengthening economy and threat of higher inflation.

The market’s immediate reaction to last week’s Fed news was to send stocks lower and interest rates higher. Higher rates would make stock prices, which have been climbing faster than corporate profits, look even more expensive than they do already.

In energy trading, benchmark United States (US) crude oil lost 53 cents to USD72.59 in electronic trading on the New York Mercantile Exchange. It jumped USD1.83 to USD73.12 on Monday.