Global digital adoption on the rise

Internet users have increased by 3.7 per cent over the past 12 months, reaching 5.03 billion last month, while a year-on-year growth of 178 million new users has pushed global Internet penetration up to 63.1 per cent.

This was revealed in the Digital 2022 July Global Statshot Report – published in partnership by We Are Social and Hootsuite – which showed that growth is still being seen in digital adoption and activity around the world.

The data revealed that hundreds of millions of people started using the Internet and social media for the first time over the past 12 months, as well as other milestones.

Global mobile users grew to 5.34 billion by the start of Q3 2022, with smartphones accounting for almost four in five of the mobile handsets in use today.

The global mobile population has grown by 93 million since this time last year, with almost 67 per cent of the world’s total population now using some form of mobile phone.

Social media users grew by 227 million over the past year, reaching 4.70 billion by the start of July 2022.

The global social media user base has increased by more than five per cent over the past 12 months, with the latest global total now equivalent to 59 per cent of the world’s total population. 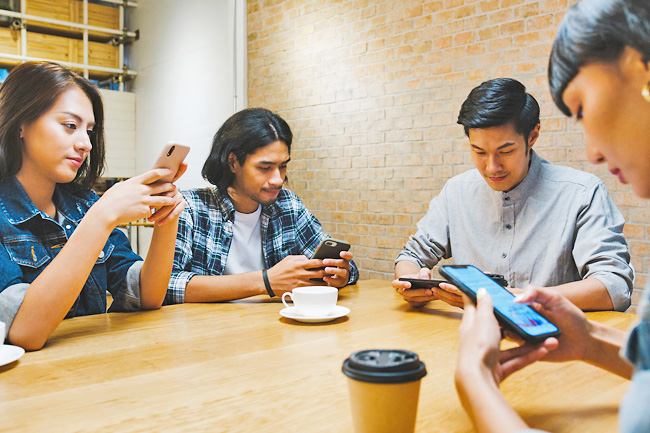 Current trends indicate that two-thirds of the world’s total population should be online by this time next year, and social media users should reach the equivalent of 60 per cent of the global population not long afterwards.

Mobile phones accounted for more than half of the world’s “connected time” since the end of 2018, and its share of connected activity continues to increase. For example, latest data shows that mobile phones now account for 55.5 per cent of the time we spend using the Internet, up from 52 per cent this time last year.

Device preferences vary by age and gender though, with younger women considerably more likely to go online via a mobile phone compared with older men.

The latest reports from Ookla reveal that the world’s median mobile Internet connection now exceeds 30 Megabits per second, with average download bandwidth increasing by more than 25 per cent over the past 12 months.

Admittedly, the average fixed connection is still twice as fast as that – almost 65Mbps – but with most mobile connections now capable of streaming 4K video without delays or buffering, the difference between fixed and mobile connection speeds now has significantly less impact on most day-to-day activities.

One of the most interesting findings in the report is that more than four in five adults now get their news via digital channels, compared with three in five who watch news on television.

However, the more striking finding when it comes to news channels is that people are now two and a half times as likely to turn to social media for news as they are to turn to physical newspapers and magazines.

Women are especially likely to turn to social platforms for news, with almost six in 10 female respondents saying that they use social networks and messengers to access and consume news content.

Conversely, women are increasingly unlikely to consume news via print media, with barely one in five female respondents saying that they read physical newspapers and magazines.

At a country level, people in developing economies tend to be the most likely to turn to online channels for news, with survey respondents in African nations appearing particularly high up in this year’s rankings.

When it comes to the devices that people use to access digital news, mobile phones are clearly the top choice, with more than seven in 10 respondents saying they use smartphones to consume news content.

Men are considerably more likely than women to use a computer for accessing news, with nearly half of the men surveyed saying that they use a laptop or desktop to consume news content.

As might be expected, the report reveals that younger adults are more likely to turn to social media for news when compared with their parents’ generation.

Globally, the main reasons for using social media were to keep in touch with friends and families with 47.6 per cent, to fill in space time (36.3 per cent) and to read news stories (30.9 per cent).

In addition, Instagram users in the Sultanate were the second highest globally in terms of population ratio for those aged 13 and above with 82 per cent or 297,500 users. Users from Bahrain clinched top spot with 82.35 per cent or 889,300 people.