THE WASHINGTON POST – Unless you’ve been quarantining on a distant planet, you’re likely to have heard of and/or read mum-blogger-turned-Oprah-endorsed-celeb-author Glennon Doyle.

Anointed by People magazine as “the patron saint of female empowerment,” Doyle, 44, has built a very public career from the travails, triumphs and lessons of her most intimate life: the truth-telling that rescued her from bulimia and alcoholism (Carry On, Warrior, 2013); her refusal to let her husband’s infidelity end their marriage (Love Warrior, 2016, which Oprah called “a testament to the power of vulnerability”); and her unexpected romance with, and marriage to, soccer star Abby Wambach (Untamed, 2020, a pick by Reese Witherspoon’s book club, two million copies sold to date).

What you might not know is that like most authors, Doyle has a literary agent; but unlike most authors, she and her agent share an intimate, high-intensity relationship that few authors enjoy. Doyle credits Margaret Riley King with safeguarding, guiding, nurturing and supporting both her personal life and her meteoric career. King is a partner and literary agent at William Morris Endeavor. Having started in the archetypal WME mailroom after graduating from Princeton in 2007, today King reps high-profile authors including Sue Monk Kidd, Jeannette Walls, Dani Shapiro and Austin Channing Brown, while developing literary projects for superstar clients like LeBron James, Halle Berry and Lizzo.

“Margaret’s whole way of being defeats the idea that you have to be a shark or a jerk to be an agent,” Doyle raved. “Margaret is a big part of my creative process. She sees me. She believes in my dreams. So I trust her to help guide the art – and also the life that goes into the art.”

“It’s a professional relationship, but it’s also a creative one,” King said in agreement. “I couldn’t write a book from scratch. I have no desire to try. But working with Glennon, I catch her fire for telling the truth, and supporting her readers to do the same.” 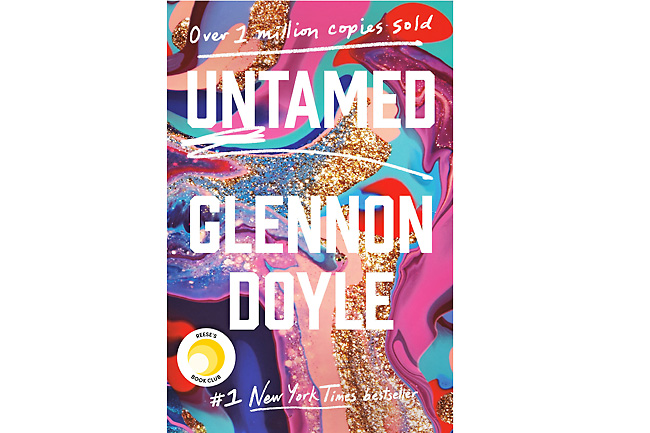 On the one-year birthday of Untamed, with WME Book-to-Film co-head Jill Gillett monitoring the TV adaptation of Untamed while King seals the deals for Doyle’s next adult book, first children’s book, and possible podcast, King, Doyle and I spoke about what it takes to maintain the kind of agent-author match that combusts into blockbuster alchemy. Warning: If you’re a writer or want to be one, if you have an agent or want one, prepare for an envy attack.

Q: When and how did you two start working together?

MRK: In 2014 I read a piece of Glennon’s on Huffington Post. She had such a humble, funny voice I wasn’t hearing anywhere else. I immediately read Carry On, Warrior, which was just out in paperback, and I thought, “This woman has the potential to shape culture.” When you’re a young agent, you have to be scrappy. So I wrote her a passionate fan letter.

GD: I got the letter right after my editor told me, “You need a new agent, and the one you need to be with is Margaret Riley King.” Margaret and I had lunch, and we signed up on the spot. Margaret, tell about your first act as my new agent.

MRK: I noticed that the paperback of Carry On, Warrior had sold enough copies to hit the New York Times bestseller list, but it wasn’t on there. The Times has its own proprietary, secret method of counting, but it still didn’t seem right to me. I called everyone at the paper, and then I got on the subway and marched into the Times office and asked them to reconsider.

GD: That’s the beauty of Margaret. There was no way the New York Times was going to change their mind, or even explain themselves. But that didn’t stop her. Which is lucky, because in September 2016, I had a little situation that might have sunk my career, if not for Margaret.

GD: Love Warrior had just been published as a redemption story of me saving my marriage to my husband. While I was on tour for that book, which was an Oprah pick and had a whole lot of people’s futures riding on it, I had to call Margaret and tell her I was divorcing my husband because I’d fallen in love with another.

GD: I’m tragically a truth-teller. It wasn’t an option to keep this development to myself. When I said I was going to tell the truth, Margaret stood by my side.

A lot of people were really worried about tainting the book’s publication. Not everyone put my integrity before the book’s success, but Margaret did.

Margaret is like a duck: calm and cool. She tells me everything’s going to be fine, and then she paddles to make it fine.

MRK: Glennon came to me with a deep sureness. She had zero questions about what she should do. There was an “aliveness” in her that I’d never seen before. So I was happy for her – and also a bit protective, especially in those early days. The most important thing to me is that Glennon be true to herself and her work. You’ve got to have integrity in this business.

GD: You do, Margaret. But so many people don’t.

MRK: The hardest part of being an author is having patience. Ignore the pressure from your friends, your writing group, your MFA class; write the book you’re meant to write. That matters, because books matter. The books I’m drawn to have something in common: they can make the world a brighter, stronger, more just place.

GD: The magical mix of art and activism. That’s the mission for Margaret and me.