Glaucoma in women: What to know about the silent condition that can lead to blindness

CNA – Did you know that glaucoma, an eye condition affecting the optic nerve, is the leading cause of irreversible blindness worldwide?

The optic nerve conveys messages from the eye to the brain and enables you to see.

In glaucoma, increased pressure in the eye damages the optic nerve, which can eventually lead to permanent vision loss, said Principal Staff Physician at the Department of Ophthalmology and Visual Sciences at Khoo Teck Puat Hospital Dr Anoop Thomas.

In Singapore, about three per cent of the population above 40 years suffers from glaucoma. What’s more, the eye disease is seen more commonly in women, said Dr Thomas. That’s because the prevalence of glaucoma increases with age – and women have an increased life expectancy.

Women also generally have smaller eyes than men and that puts us at increased risk for a subtype of the disease, called angle-closure glaucoma, said Medical Director and Senior Consultant Ophthalmologist at Mount Elizabeth Hospital Dr Chua Wei Han. 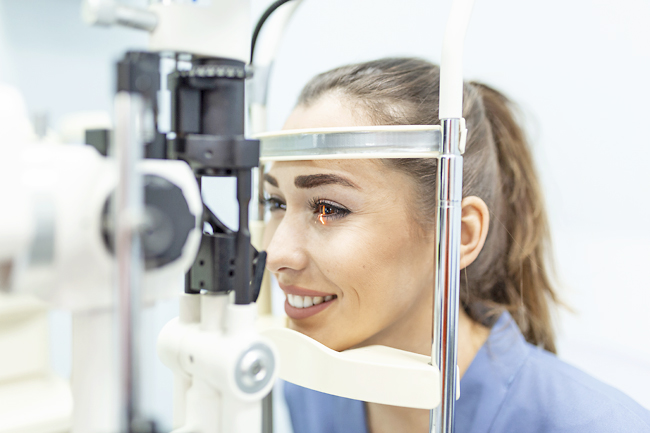 GLAUCOMA IS A SILENT DISEASE

It’s important to note that most cases of glaucoma progress quietly until the disease reaches a very advanced stage, said Dr Thomas. A person who has early glaucoma won’t be able to observe changes in his or her vision.

“The disease is silent in early stages as it mainly affects the peripheral vision (side vision of the eye), which means that the central vision used for reading and most other daily tasks are unaffected until the disease is advanced,” he explained.

“Since the central vision is unaffected in the early stages, it is difficult for the patient to perceive that there is anything wrong with his or her vision,” he added.

HOW IS GLAUCOMA DIAGNOSED?

It is diagnosed by an ophthalmologist through eye screening, where the eye specialist finds evidence of optic nerve damage in the brain, said Dr Chua. Both ophthalmologists and opticians use air puff tonometry (where a puff of air is blown to your eye) as a screening for elevated eye pressure, he added.

But remember – as glaucoma symptoms generally appear later in the course of the disease, having no perceptible symptoms does not mean that the optic nerve is totally normal, he added. “When blurry vision develops, the optic nerve damage is usually fairly advanced.”
This is why eye screening is so crucial.

Also, as glaucoma is primarily a genetic disease, lifestyle modification – which is beneficial in diseases like diabetes and hypertension – doesn’t help.

He added that there is also “no robust evidence” that says that consuming nutritional supplements can prevent the “onset or progression of glaucoma”.

WHO IS AT RISK OF GLAUCOMA? IS IT HEREDITARY?

Primary glaucoma is genetic in nature, said Dr Thomas, and therefore, can run in families.

His advice is to consider getting screened for it, especially if you are above 40 years of age, and if a close relative (your parents, siblings or first cousin) has been diagnosed with glaucoma. In addition to age and family history, Dr Chua added that other risk factors include:

-Race: Asians are at higher risk of primary angle-closure glaucoma.

-High myopia (short-sightedness): Local studies have shown that in people with low myopia (below 300 degrees), the risk of glaucoma is about two times time higher than those who have perfect vision.

-Prolonged use of steroids: In certain patients, the frequent use of steroid eye drops over a period of just one to two weeks can cause eye pressure to go up.

-Certain medical conditions such as diabetes

Dr Chua recounted having a patient who developed glaucoma in both eyes when she was 24 years old.

“Her main risk factor is high myopia, which in her case, was 2,500 degrees. Other common risk factors in younger people with glaucoma are use of steroids, eye trauma or surgery,” he added.