Giffin marries romance and history in ‘Meant to Be’

AP – Joe Kingsley comes from a larger-than-life family with connections, achievements and celebrity akin to the Kennedys, complete with a family curse and everything. The pressure on him is immense to exceed his father’s vast accomplishments, before he died when Joe was only three.

Cate Cooper’s upbringing is completely different. Her mother worked at diners to make ends meet until she could find a man to support the two of them. Seemingly the only thing that connects Cate to Joe is that her father also died when she was three.

Meant to Be by Emily Giffin is a sweet and sensible romance firmly placed in the real world.

The classic tale of unlikely lovers re-imagines American history through the alternating voices of Joe and Cate from their childhood in the ’60s up to their fateful meeting in the ’90s.

Although the protagonists are roughly 25 and 30 when their courtship finally begins, they flirt like teenagers. But Giffin’s approach to romance is layered, relishing in the bond between two people on emotional, intellectual and physical levels. 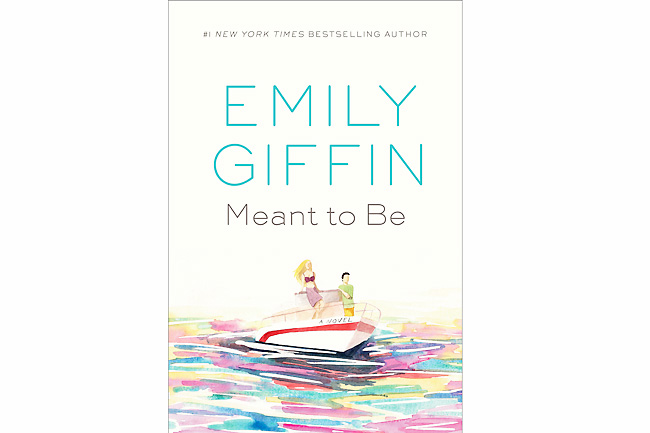 Cate’s early life is far more exciting than Joe’s, who mostly toils around begrudgingly doing what’s expected of him and being mildly successful due in large part to his status. Meanwhile, Cate struggles to escape an abusive household and build a life for herself in the gruelling world of modelling.

But their disparities are not overlooked – Giffin uses Joe’s privilege to expose systemic inequities as his wise and gracious grandmother teaches him to empathetically use his power to help others.

As the book progresses the plot gets more predictable and upbeat, relaxing to the point of suspicion. Despite knowing things can’t keep getting better without some pitfall or drama, the big twist is still surprising when it finally comes.

The novel’s saccharine happy ending is syrupy sweet to excess, but after Cate’s tragic childhood and deeply embedded cynicism it’s not too tough a pill to swallow.

With 10 other novels under her belt, Giffin’s writing is consumable and rich, balancing dialogue and descriptions to build a parallel world with convincing characters. Meant to Be proves you can have your romance and think deeply, too.