A recent report jointly published by the United Nations International Children’s Emergency Fund (UNICEF) and the Education Commission provides a comprehensive view of skills attainment among children and youth, and highlights the need to improve tracking of skills development, particularly after the disruptions caused by the pandemic which hampered the progress of education globally.

According to the report, more than half of the world’s 10-year-olds are unable to read a simple text, and the prolonged school closures are expected to aggravate the learning crisis.

In addition, a large number of children and youth lack socio-emotional skills, digital skills and skills for future jobs.

Given the critical role of early childhood development for a strong foundation, the report examines 77 countries with data on the proportion of children aged 36-59 months who are on track in at least three of the following four domains: literacy-numeracy, physical, social-emotional and learning.

In the literacy-numeracy domain, a child is on track if at least two of the following are true: can identify/name at least 10 letters of the alphabet; can read at least four simple words; can recognise and name all numbers from one to 10. 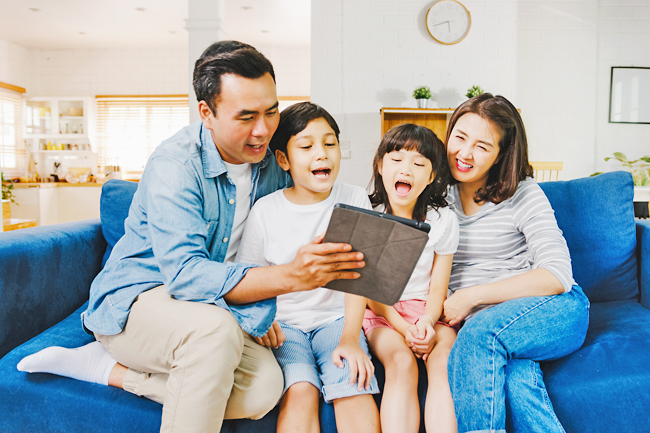 In the physical domain, a child is on track if at least one of the following is true: can pick up a small object with two fingers; and is not sometimes too sick to play.

In the social-emotional domain, a child is considered on track if at least two of the following are true: gets along well with other children; does not kick, bite or hit other children; are not easily distracted.

Lastly, if children can at least follow simple instructions on how to do something correctly, or able to do task independently when asked, shows they are on track in the learning domain.

However, children in wealthier countries are more likely to be developmentally on track than those in lower-income countries.

Early childhood development is also observed to be affected by wealth disparity within countries. Across 64 countries, children from the wealthiest families are on average seven times more likely than those from the poorest families to attend early childhood education programmes.

In addition to foundational skills developed in primary school education, youth require a full range of skills for employment and navigating the digital age.

Low proficiency in digital skills among youth may be due to lack of access to devices and connectivity. Globally, only 37 per cent of youth have access to Internet at home, which shows that the proportion is significantly lower in low-income countries, of which only eight per cent of youth are connected.

In addition, less than a third of youth are on track to acquire job-specific skills such as carpentry and accounting. Youth in high-income countries are about four times as likely to be on track compared to their peers in lower-income countries.

The report also highlights the mismatch between education and skills needed for employment. According to the 2020 UNICEF survey across over 150 countries, about a third of youth report that their education is not preparing them with the required skills to get hired.

Youth are unable to identify skills needed for future jobs and access relevant skills training, while employers lack a standard way to certify skills new employees claim to have.

Evidence suggests poor skills attainment among youth, especially in low-income countries where the share of youth on track in skills acquisition is lowest.

Five progressive levels of skills attainment are assigned: Marginal (0-15 per cent), Emerging (16-35 per cent), Developing (36-55 per cent), Advanced (56-75 per cent) and Leading (76-100 per cent) in correspondence to the proportion of youth on track to attain the following skills: secondary-level, transferable, digital, job-specific and entrepreneurial skills.

The overall attainment of the full range of skills has only reached Emerging or Developing Levels.

Prolonged school closures amid the pandemic have likely hampered skills development, especially for those who lagged behind even before the pandemic. The longer schools remain closed, the more likely children could fall further behind in developing foundational skills and other essential skills.