Getting back on track

The COVID-19 pandemic continues to have a damaging impact on access to tuberculosis (TB) diagnosis and treatment and the burden of the disease. Progress made over the years up to 2019 has reversed and global TB targets are off track, according to a recent report from the World Health Organization (WHO).

The WHO Global Tuberculosis Report 2022 stated that here has been a large drop in newly-diagnosed and reported TB cases worldwide, suggesting an increase in the number of people with undiagnosed and untreated TB.

Reports of TB cases peaked at 7.1 million in 2019 then fell to 5.8 million in 2020. The following year recorded a partial recovery, with 6.4 million reports of TB cases. The reduction suggested an increased number of TB deaths and more community transmission of infection followed by more people developing TB.

Until the COVID-19 pandemic, TB was the leading cause of death from a single infectious agent, ranking above HIV/AIDS. Estimated number of deaths from TB increased between 2019 (1.4 million) and 2021 (1.6 million), reversing years of decline since 2005. Among the 1.6 million deaths, about 187,000 were among HIV-positive people while the remaining were HIV-negative. In 2021, the estimated number of deaths caused by TB was more than double the number caused by HIV/AIDS. Deaths from TB among HIV-positive people are officially classified as deaths caused by HIV/AIDS, with TB as a contributory cause. 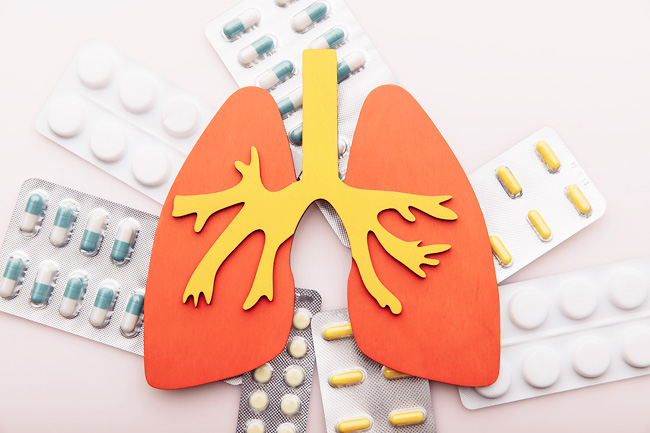 The latest year for which WHO has published estimates of global deaths by cause is 2019, in which TB was the 13th leading cause of death worldwide and the top cause from a single infectious agent. In 2020 and 2021, it is anticipated that TB will rank as the second leading cause of death from a single infectious agent after COVID-19.

During the pandemic, the number of people provided with treatment for rifampicin-resistant TB and multidrug-resistant TB declined by 17 per cent between 2019 and 2020, followed by a partial recovery of 7.5 per cent in 2021. Global spending on essential TB services declined from USD6 billion in 2019 to USD5.4 billion in 2021, less than half of what is needed.

The report also highlighted several positive findings over the past years. Globally, the success rate for people treated for TB in 2020 was 86 per cent. This is the same level as 2019, suggesting that the quality of care was maintained in the first year of the pandemic.

The number of people provided with TB preventive treatment recovered in 2021, close to 2019 levels. Global target for provision of treatment to people living with HIV was also surpassed.

While there was a large drop in reported TB cases in 2020, the following year recovered to 2019 levels (or beyond) in five high TB burden countries: Bangladesh, the Congo, Pakistan, Sierra Leone and Uganda.

The first End TB Strategy milestones for reductions in TB disease burden were a 35-per-cent reduction in the total number of TB deaths and a 20-per-cent reduction in the TB incidence rate, compared with levels in 2015. Over the past few years, three high TB burden countries (Kenya, Tanzania and Zambia) have reached or passed the first milestones of the End TB Strategy for reductions in TB incidence and deaths.

At regional level, the WHO African Region is now closest to reaching the first milestone, with a 26-per-cent reduction between 2015 and 2021.

The report also highlighted the need of increased funding for essential TB services and research to mitigate and reverse the pandemic’s impact on TB. Restoring access to and provision of TB services is top priority so that levels of TB case detection and treatment can recover to at least 2019 levels.

About a quarter of the global population is estimated to have been infected with TB, but most will not develop TB disease and some will clear the infection. Without treatment, the death rate is about 50 per cent while the treatment success rate is about 85 per cent.