Get kids set to invest with these accounts

AP – During my late teens, my mum handed me two worn, blue passport-size books with details of my custodial investment accounts. I had no clue what to do with them, but it didn’t matter, because the accounts were empty anyway. Perhaps for the best, because I’m almost certain my assets wouldn’t have stood a chance.

I am now a mother, have opened a custodial account for my four-year-old son, and often think about how I can prepare him to take control of his investments in the future. If you’re looking for ways to prep your child for investing, an experienced parent and financial experts have some ideas.

Preparation begins as early as possible when it comes to teaching your kids about money, said certified financial planner and co-founder of Mana Financial Life Design in Marina Del Rey, California Cristina Livadary. No matter your child’s age, you can start by talking openly about finances and sharing your values around money.

Something I’ve started doing with my son is teaching him the value of giving, by encouraging him to give toys away before buying new ones. An approach Livadary recommends to teach money values is assigning what she refers to as a “job description” to each dollar you give your kids.

“One of my favourite things is taking the dollars and really splitting them up in ways that are really aligned to values,” said Livadary. “So, let’s say you get USD3 a week – USD1 for giving, another dollar is for saving, and the other dollar you get to spend.” 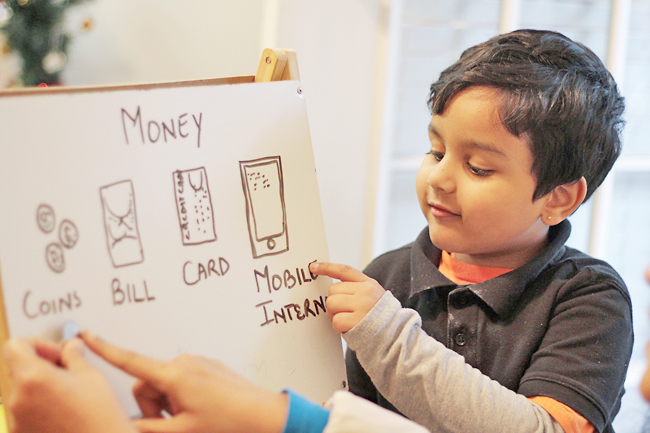 A custodial brokerage account is an investing account opened by a parent or guardian for a minor until they reach the age of majority.

A good thing about custodial accounts is that although kids don’t control the accounts until they reach the age of majority, you can show them what’s happening.

Retired consumer products executive based in Miami, and a parent of three Michael Costello said he prepared his now-grown kids to manage their accounts by teaching them about budgeting and saving early.

He also let them view their investment accounts and watch them grow, and he facilitated investing discussions with them. Teaching his kids about exchange-traded funds and other assets made him confident about them having access to the custodial accounts when they turned 18.

There are many ways to teach your kids about the power of investing. Helping them understand what compound interest can do for every dollar they invest could motivate them to invest for the long term. If you think they’re ready to start trading, some brokers offer youth accounts that let teens start investing with parental oversight.

Delayed gratification is an important adaptive skill parents can teach kids for them to manage custodial accounts, said CFP and founder of Dare to Dream Planning in New York City Anna N’Jie-Konte.

It’s important kids view their investments as long-term money that can buy them flexibility and options in the future, she said. This could help them refrain from spending it now.

“I think one of the superpowers of people that are really financially successful and just successful period, is when they have the ability to say, ‘I recognise that I want this right now, but it’s going to be so much better if I wait and if I keep at it’,” she said.

But for delayed gratification to work, it’s important to have financial goals and a plan, which I didn’t have as a teenager, and why I think investments in my custodial account wouldn’t have lasted long. For the record, my financial plan was to become a rich actress and fund all of my lifetime expenses that way.

When setting financial goals with your kids, it’s fine to set both long- and short-term ones.

Why? Some people just aren’t inspired by financial goals that are too far into the future, said Livadary.

“Sometimes it’s buying a house in the next three years, but sometimes it’s taking a vacation… and that’s okay. That’s their version of a life they’re excited to live,” she said.

It’s also okay for your kids to make money mistakes – they can be teachable moments, Costello said.

“You can’t hold back and baby them, you have to give them control, they have to make some mistakes, and then over time, they kind of figure out how to manage money better.”

If despite preparing them, you feel your kids aren’t ready to manage their assets, another option is transferring some of their assets into a trust where you can maintain control beyond the age of majority.