Germany’s analogue admin is annoying even the chancellor

BERLIN (AFP) – Chancellor Olaf Scholz has found himself caught in the sticky web of Germany’s notoriously outdated administrative processes, he told a conference on digitalisation on Thursday.

Scholz had to go and apply for a passport and ID card in person because it was not possible online, the chancellor told the re:publica digital conference in Berlin.

“I drove by there, there was no other way,” he said, adding that he would like to see such services offered via the Internet in the future.

Scholz said Germany had some catching up to do on digitalisation and admitted he was “really surprised” when he recently learned that some of the country’s immigration authorities had shelved plans to put more procedures online.

Though known for being at the forefront of many technologically advanced industries, Europe’s biggest economy has long been criticised for lagging behind when it comes to digitalisation.

The German weekly WirtschaftsWoche reported this week that the chancellery has no secure line for video calls, meaning Scholz has to get in a car to the defence ministry whenever he has to take part in a sensitive NATO teleconference.

A solution is envisaged for late 2023, the paper said. 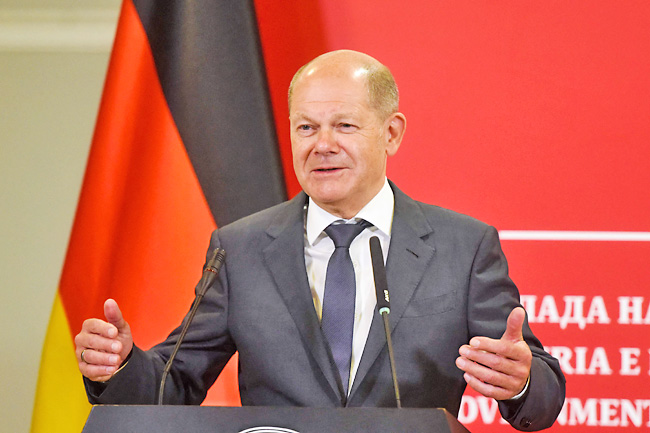