BERLIN (AP) – Germany took formal delivery on Friday of its first, modest, batch of hydrogen from the United Arab Emirates (UAE), a “green” fuel it hopes will help replace coal and gas used by energy-intensive industries in future.

Germany is scrambling to substitute natural gas imports from Russia while also staying on track for its ambitious goal of cutting greenhouse gas emissions to “net zero” by 2025.

One alternative is energy-rich hydrogen gas, provided it is made with the help of renewable energy. Since hydrogen is difficult to transport it is sometimes stored as liquid ammonia.

The delivery in Hamburg was modest: a single container with 13 metric tonnes of ammonia.

Still, it was symbolic enough for German Economy Minister Robert Habeck to hold a joint ceremony with the UAE’s climate envoy, Sultan Ahmed Al Jaber, and the CEO of German metals manufacturer Aurubis, which is testing the fuel to make copper wire. 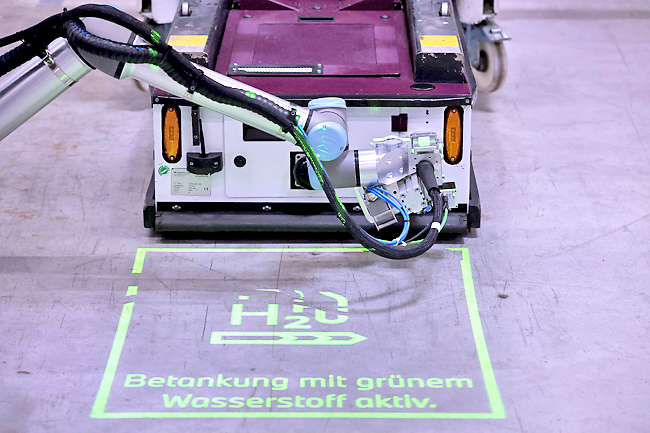