Germany flying six fighters over 12,000 kilometres in 24 hours to Singapore

BANGKOK (AP) – A group of German air force fighter jets neared Singapore yesterday in a marathon bid to fly them some 12,800 kilometres from their home base to Southeast Asia in just 24 hours.

The European Union (EU) unveiled a new strategy for boosting economic, political and defence ties in the Indo-Pacific.

German Defense Minister Christine Lambrecht told reporters that despite the war in Ukraine being a priority at the moment, the Eurofighter mission underscores that Asia has not been forgotten.

“We are at the side of all of those who stand for our values such as democracy, freedom and security, and are also willing to contribute,” she said as the aircraft took off from Neuburg, Germany, on Monday, the dpa news agency reported.

Part of the EU’s new strategy for the Asia-Pacific is focussed on improving maritime security and ensuring safe passage through sea lanes, and several European nations have sent naval assets to the region for maneuvers this year.

Germany sent the frigate Bayern to the region on a nearly seven-month deployment that wound up earlier this year, the first time a German warship had been in the Indo-Pacific for nearly two decades. 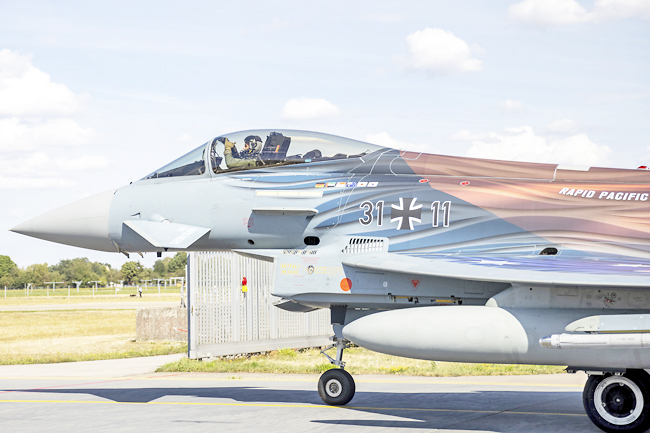