BERLIN (AP) — Joachim Loew’s (AP pic below) 15-year tenure as coach of Germany’s national football team is over, and many think it should have ended a long time ago.

The Germans at least advanced from the group stage this time, unlike three years at the World Cup when they were defending champions, but then lost to England 2-0 at Wembley Stadium on Tuesday in the round of 16 of the European Championship.

Loew led Germany to the World Cup title in 2014, and a semifinal appearance at Euro 2016, but his team never recovered from its early exit at the last World Cup.

An attempted reboot after the tournament in Russia failed to yield the desired results. First there was the embarrassing 6-0 loss to Spain last November, and then a 2-1 loss to North Macedonia in World Cup qualifying in March.

Shortly before the second of those two surprising results, Loew announced that Euro 2020 would be his last tournament. And with no need to personally to persevere with the team’s rebuilding process, he recalled veterans Thomas Müller and Mats Hummels for the pandemic-delayed tournament. 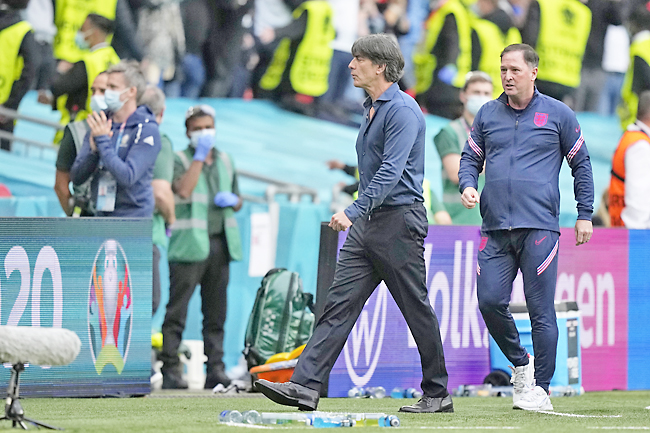 But Germany’s chances at the tournament were ultimately undone by a failure to make more of its opportunities.

Essentially, Germany still hasn’t found a replacement for Miroslav Klose and his goals. The World Cup’s all-time leading scorer with 16 goals retired after winning the title in Brazil seven years ago.

Against England, Müller and Timo Werner failed to convert the best of Germany’s chances. Kai Havertz also went close, but England forwards Raheem Sterling and Harry Kane scored a goal each to show the Germans how it’s done. Loew’s 198th match in charge was his last.

It was only the second time Germany had failed to reach the quarterfinals of a major tournament since Loew took over as coach after the 2006 World Cup. The problem for Loew is that it was right after the first.

Hansi Flick, Loew’s former assistant, will take over for World Cup qualifying. Flick, who had a very successful spell in charge of Bayern Munich, will inherit the problems Loew faced – most notably the lack of an out-and-out scorer – but he has some excellent young players to work with.