UPI – A one-year-old dog born without rear paws is now learning to walk in Florida with a set of custom-made prosthetic legs and paws.

Ryder was rescued in April from a backyard breeder, and the rescue group worked with the Animal Health and Rehab Centre to get the canine a set of prosthetic legs to allow him to walk properly.

“All his life, he walked like a kangaroo, with the stumps jumping at the same time. So we want to teach him, number one, that he can walk with his spine horizontally instead of down, like before, and that he can use one leg and then the other, like a normal gait,” Sanchez-Emden told WFOR-TV. 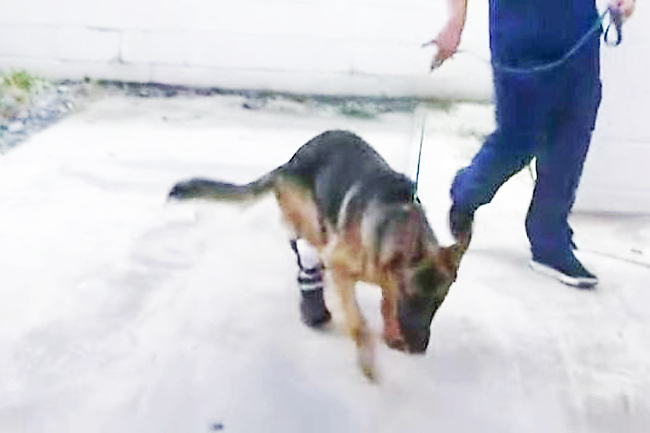