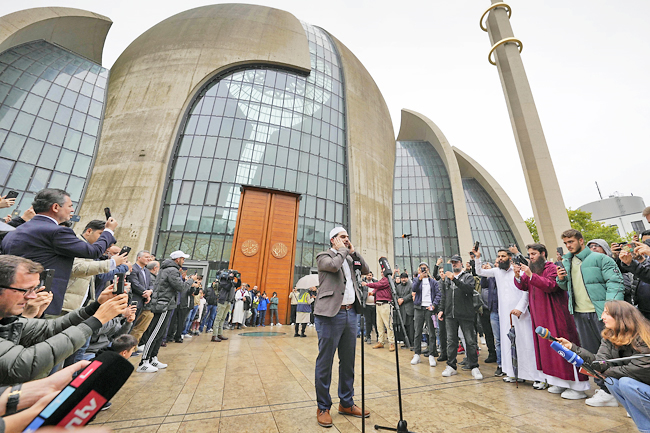 COLOGNE, Germany (AP) – The Islamic call to prayer was sounded in public for the first time from one of Germany’s biggest mosques on Friday, but at limited volume, as part of a project agreed with authorities in Cologne, which has one of the country’s largest Muslim communities.

Authorities in Germany’s fourth-biggest city last year cleared the way for mosques to apply for permission for the muezzin to call for a maximum five minutes between noon and 3pm on Fridays, with a noise limit being set for each mosque according to its location.