World number 199 Dryburgh rattled off seven birdies with no bogeys on her final round to capture her first title on the elite LPGA Tour.

She also gave Scotland its first winner on the tour since Catriona Matthew at the 2011 Lorena Ochoa Invitational.

Dryburgh began the day one shot behind leader Momoka Ueda but carded a final-day score of 65 to put her 20-under overall, four shots clear of Japanese runner-up Kana Nagai.

The 29-year-old from Aberdeen said winning the tournament was “overwhelming” but showed no signs of nerves as the prize got closer.

“I was surprisingly calm,” said Dryburgh, who finished her round with a birdie.

“When I dreamt of this moment, I thought I’d be super, super nervous, I’m not going to lie.

But I was incredibly calm, to be honest.”

Dryburgh became the fourth different Scot to win on the LPGA Tour. 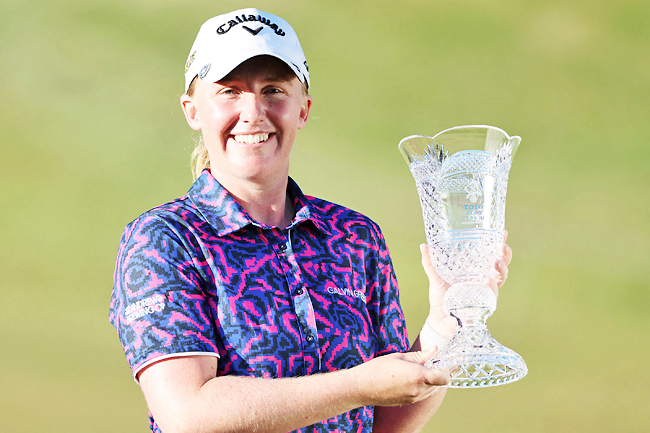