The French winner claimed her third Masters-level title – her 10th overall – after winning Wuhan and Beijing in a Chinese double five years ago.

Garcia followed the extraordinary template of Emma Raducanu, who won the United States (US) Open 11 months ago as a qualifier.

Number 35 Garcia, who fell on her back after clinching victory, maintained her lead on the Tour with a 27th match victory since June.

“It doesn’t happen so often and you have to really enjoy it. I’m grateful for this great week of tennis, and to win another title, it’s very special.” 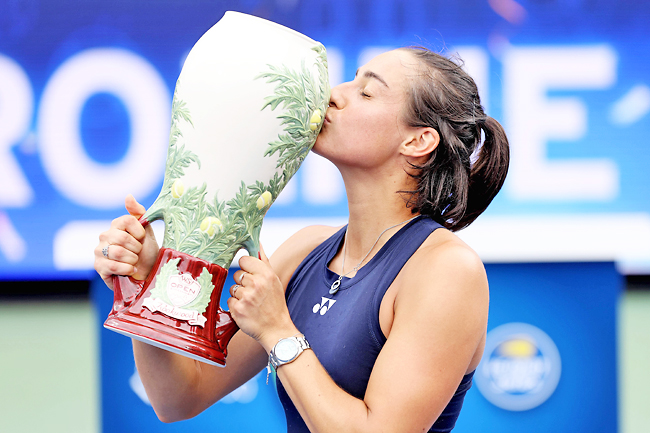 She said expectations were low when she arrived for the qualification rounds.

“I was not that confident when I arrived, qualies were tough matches. I was really happy to be through and play in the main draw,” she said.

“Every match was a new challenge. I had to be focussed on myself, on my game, what can I do, how I can be more aggressive, how can I improve.

“Just one day at a time I ended up here today on the final and now lifting the trophy.”

Kvitova, a double Wimblecon champion, was playing the 40th final of her career and looking for a 30th title.

Garcia set up match point against an opponent who needed off-court medical treatment by sending over her 11th ace of the afternoon.

The end came on the next point as Kvitova returned long.

“It was definitely not the result I wanted, but if someone had told me I would be in the final I would be very happy,” said Kvitova.

“I have to see the positive things: I could have been out in my first match,. I have to be proud of the 40th final of my career.

“I didn’t win the bigger trophy, but she really played very, very well.

“Caroline just, when she was down, she just served aces. She deserved to win.”

She added, “The big question right now is with my health (fitness), how everything will be in a couple of days, but still having a (practice) week before US Open will help me, I hope.”