The win was made sweeter after TK Tea House defeated Fuzhou Shiyyi Association 100-83 in their Group B encounter earlier in the tournament.

TK Tea House actually led from the tip off until the end of the third quarter, holding a slim lead in a tightly contested final.

However, things took a turn for the better in the final quarter for Fuzhou Shiyyi Association as they managed to pull away with the lead thanks to better scoring and easy fast breaks.

Ahmad Termizi made 20 points including six three-pointers while Lim Liang Wei had an MVP night contributing 35 points for the championship win. 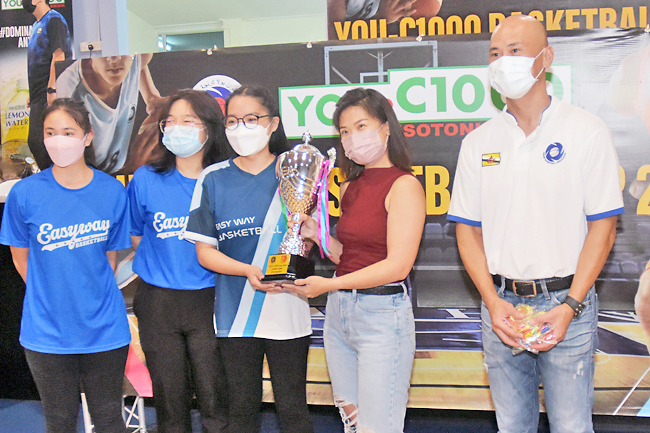 On the other side, Earl Medina scored 22 points while team captain Elvin Requitin had 15 points for TK Tea House team.

“We didn’t play at our best in the first three quarters. In the fourth quarter, we had a huddle and told the team to give it their all for the win. We then started making better plays and shots. Ahmad Termizi and Lim Liang Wei were playing exceptionally well tonight,” said the coach.

“It’s a Cinderella story for us. We lost our first game to TK Tea House in the Group B match and it’s redemption for us tonight. But give credit to TK Tea House for playing hard and not making it easy for us,” he added.

Meanwhile in the third place playoff, Easyway pulled off an extraordinary performance by mounting a 21-point come back in the fourth quarter to defeat Yi’s Nation 78-73.

Leading 64-34 in the final quarter, Yi’s Nation could not maintain its advantage and was limited to scoring only nine points. Easyway took care of business by scoring 35 points to take third place.