BEIJIING (AFP) – A Chinese company presented a cloned horse to the public last Thursday that is the first of its kind born in the country and approved for equestrian sport.

The cloning of competition and thoroughbred horses has been practised in several countries since the early 2000s, particularly for genetic improvements.

Born last June from a surrogate mother, Zhuang Zhuang was produced by the Beijing laboratory Sinogene and is a clone of a horse imported from Germany.

The black animal is the first from the “warmblood” group of breeds to be born in China and to be officially approved by the China Horse Industry Association.

“Warmbloods” are generally light horses with a lively temperament.

But a shortage of high-performance horses and a lag in breeding technologies are limiting growth.

“I spoke with (Chinese) riders who participate in the Olympics. All of them have more than one horse, usually two or three.”

“Cloning can help reduce the price of breeding and raising horses.” Producing competitive horses in China by cloning should make it less dependent on costly imported animals to supply Chinese equestrian sports.

The world’s first cloned horse was born in Italy in 2003. 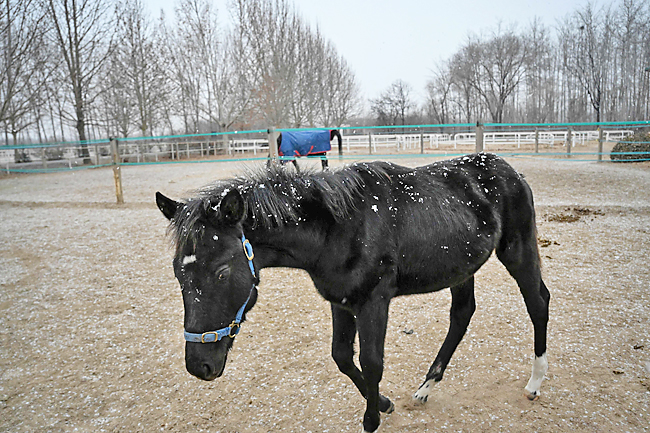