Inline skating or rollerblading can create a truly enjoyable experience and has increasingly been gaining a place in the hearts of enthusiasts in the country.

For a handful of individuals, rollerblading is viewed as a hobby to foster closer relations with family members and friends, to instil a spirit of cooperation as well as to practice a healthy lifestyle.

When rollerblading, enthusiasts must be able to perfect their balance by sliding forward with fast or slow motion and perform various stunts and skills while on a special platform provided for rollerblade players.

Therefore, it is important to note that beginners should learn the basics, choose the appropriate rollerblades and wear safety equipment.

Rollerblades can also be found in many types depending on the level of intensity and appropriateness of the user. 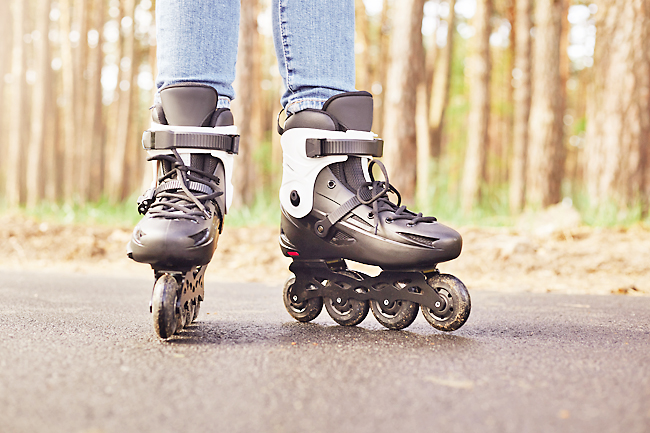 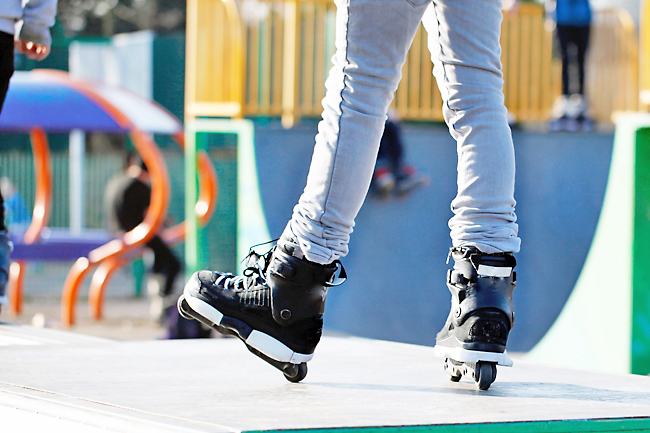 Rollerbladers must understand the right techniques of rollerblading especially while balancing the body when a path turns left or right, or in a straight path as it is important for their own safety and others in their surroundings.

In the meantime, the best platforms for rollerblade enthusiasts can be found at Hassanal Bolkiah National Sports Complex and Tutong Sports Complex.

Among the goals of preparing such platforms is to ensure rollerblade players’ safety.

One of the popular spots frequented by recreational rollerblade enthusiasts is the Taman Mahkota Jubli Emas, which is also well connected to the Raja Isteri Pengiran Anak Hajah Saleha Bridge.

Its flat and smooth surface makes it convenient for rollerblade followers to slide effortlessly.

Nevertheless, rollerblade enthusiasts can be seen in various locations in the capital as interest peaked up.

Rollerblading also provides a number of health benefits. According to www.rollerblade.com, among the benefits are strengthening and toning the muscles, improving dynamic balance, coordination and fitness as well as more calories will be burnt per minute the faster the rollerblade player slides.

As a popular extreme sport contested mainly in overseas tournaments, the popularity of rollerblading in the country is growing with the prevalence of a rollerblading community.

The activity waned for a long period but the COVID-19 pandemic has partially led to the revival of the sport. The construction of rollerblading facilities by the government also represents a further boost to the sport.

The revival of the sport last year was further underpinned with a significant increase of rollerblade athletes. It is a recreational activity that usually takes place during weekends.

Aggressive skating typically involves rollerblade enthusiasts performing a series of tricks on rails and ramps with varying levels of difficulty.

Brunei Darussalam boasts an active rollerblading scene with a group of talented and skilled players showcasing a collection of stunts which are replicated from professional stars.

With the country building interest in the sport spanning decades, the tradition which was first introduced by the pioneers has been continued and preserved by the current generation.

The older generation has also contributed to the popularity of the sport in the country amid the travel restrictions brought by the COVID-19 pandemic. This is highlighted with the return of local enthusiasts to rollerblading, including one enthusiast who mentioned having returned to it after a 12-year hiatus.

Another rollerblading enthusiast who took up the sport two years ago shared he has also seen a drastic rise in improvement in his game coupled with a strong mentality. Meanwhile, a rollerblading old-timer advised newcomers to take precautions when taking up the sport.

Brunei’s talents were on display as the podium was dominated by local rollerblade players.