Memories filled with fun, thrills as well as mental and physical tests were gained while exploring the beauty of Malaysia through the recent Tourism Malaysia Media Explore Race (TOMER) 2022.

The event, organised by Tourism Malaysia on November 22-24, gathered media representatives to promote Malaysian tourism while completing a scavenger hunt.

Eighty-eight people participated from Malaysian and international media, including from Brunei, Indonesia and Thailand, divided into 21 groups, each using sponsored Perodua cars.

On the first day, participants registered at BoraOmbak Putrajaya at 6.30am. The event began with a speech by Tourism Malaysia Director General Dato’ Haji Zainuddin Abdul Wahab, followed by a group photo session before the race started.

We were excited as the Brunei team’s vehicle was awarded the opportunity to be the first to take off! 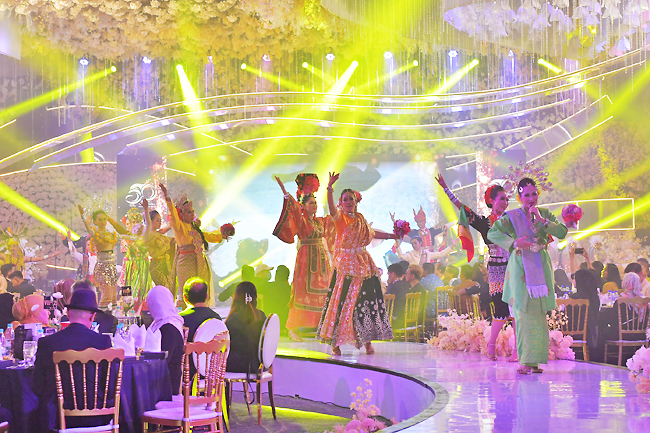 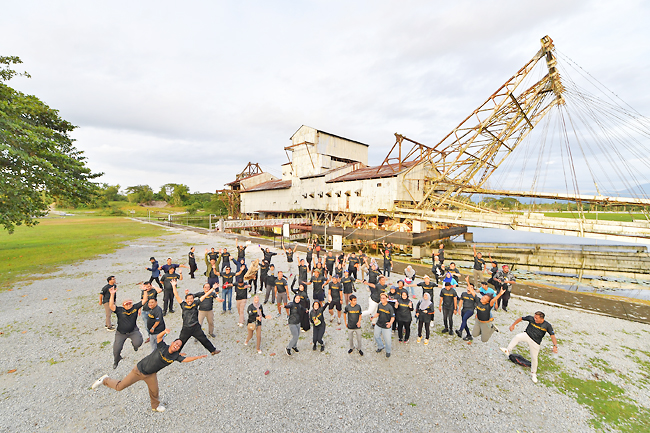 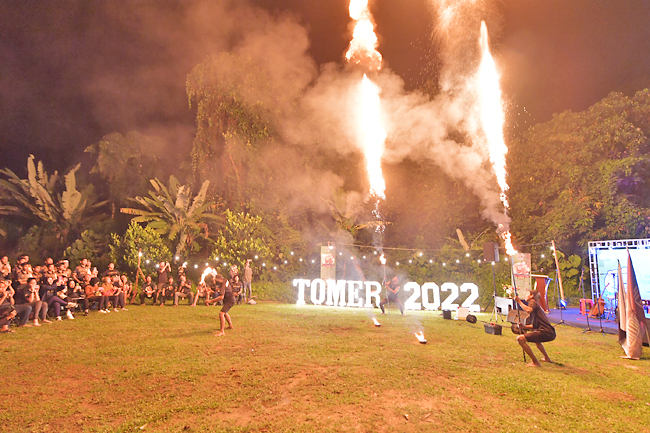 START OF THE RACE AT SELANGOR FRUIT VALLEY

Our first destination was Selangor Fruit Valley (SFV), which took two hours to reach from the point of departure. During the trip, we were also assigned to answer questions related to Perodua vehicles.

The first task was to make 12 perfect salted eggs within a time limit. We were instructed to make salted eggs in a cage of ducks, where the animal keeper then threw breadcrumbs at the participants’ feet as a challenge for the ducks to distract us.

After completion, we continued our journey to a traditional village house in SFV to take pictures as part of another task. We were greeted by Chef Ismail who introduced us to a combination of jackfruit and cempedak called ‘nangchem’, which he made into a smoothie.

The TOMER 2022 groups then continued on to Gopeng, Perak, which was a relatively long journey of 150 kilometres from SFV. In Gopeng, we stopped at Bagas Zakariah, a traditional house that has been renovated for modern life but still retains a village atmosphere.

Near the house is a five-acre durian orchard.

The first task was to sort the seeds by colour, followed by a durian search in the orchard. Each team was tasked with finding two durian seeds, and the first team to do so got the highest score.

After that, participants were tasked with opening the durian with only gloves and a screwdriver. The Bruneian team got second place in terms of opening it the fastest.

The next stop was Tanjung Tualang Tin Dredge No 5, the last tin dredger in Malaysia. On the way, participants were tasked to answer questions based on the names of shops in one of the areas of Gopeng, Perak.

We didn’t have time to do a full tour there, but we continued our scavenger hunt at the TT5 Maze park located inside Tanjung Tualang Tin Dredge No 5, and the fastest team to find a way out of the maze got the highest score.

CAMPING ON THE RIVERBANKS

The final destination of the day was Riverside Camp, where the groups arrived at 8.30pm. There, camps, lights and chairs were prepared for the night.

We were also entertained by a very ‘warm’ and amazing performance from the Budak Api Movement who use fire as part of the entertainment.

The next morning, each team was taken upstream for kayaking. We were told the kayak trip takes an hour and a half to reach the campsite, but for me, it only felt like half an hour because of how fun it was!

Upon arrival at the camping area, each participant was given time to pack up the camp and prepare before returning to Kuala Lumpur for the Malaysia Tourism media appreciation ceremony.

In Kuala Lumpur, we stayed at Hotel STEG, Chow Kit, Kuala Lumpur, a boutique hotel combining contemporary design and historical heritage, perfect for those who love both vintage appeal and modern look.

As appreciation to the members of the media and participants of TOMER who helped Tourism Malaysia promote Malaysian local tourism, a media appreciation ceremony was held at Quill City Mall, Kuala Lumpur.

The event was enlivened with the guest appearance of Chef Ismail, cabaret dancing from Istana Budaya and singing from Malaysian artistes Khai Bahar and Ernie Zakri.

The winners for TOMER 2022 were also announced and the Brunei team received a consolation prize of MYR500 after finishing 12th.

I am happy to have been given the opportunity by Tourism Malaysia to participate in TOMER 2022 – an invaluable experience.