LONDON (AP) – Prince Charles has been preparing for the crown his entire life. Now, at age 73, that moment has finally arrived.

Charles, the oldest person to ever assume the British throne, became King Charles III on Thursday following the death of his mother, Queen Elizabeth II. No date has been set for his coronation.

After an apprenticeship that began as a child, Charles embodies the modernisation of the British monarchy. He was the first heir not educated at home, the first to earn a university degree and the first to grow up in the ever-intensifying glare of the media as deference to royalty faded.

He also alienated many with his messy divorce from the much-loved Princess Diana, and by straining the rules that prohibit royals from intervening in public affairs, wading into debates on issues such as environmental protection and architectural preservation,

“He now finds himself in, if you like, the autumn of his life, having to think carefully about how he projects his image as a public figure,” said historian Ed Owens. “He’s nowhere near as popular as his mother.”

Charles must figure out how to generate the “public support, a sense of endearment” that characterised the relationship Elizabeth had with the British public, Owens said. 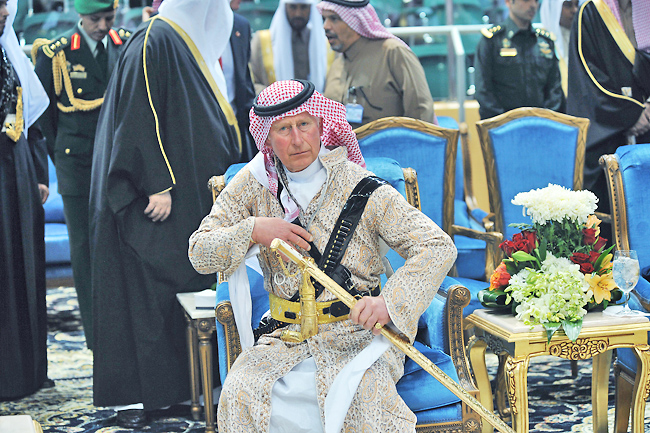 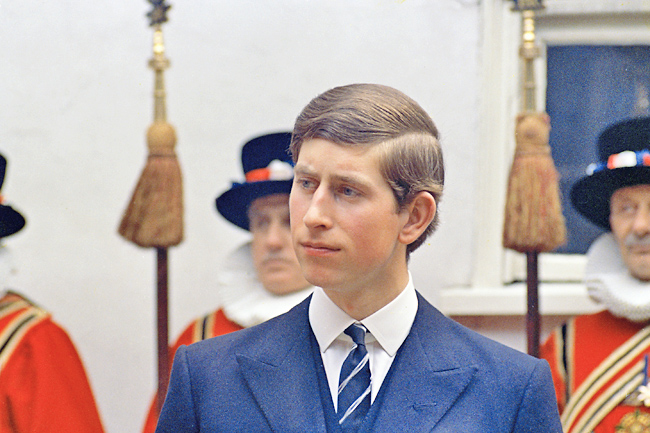 In other words, will Charles be as loved by his subjects? It’s a question that has overshadowed his entire life.

A shy boy with a domineering father, Charles grew into a sometimes-awkward, understated man who is nevertheless confident in his own opinions. Unlike his mother, who refused to publicly discuss her views, Charles has delivered speeches and written articles on issues close to his heart, such as climate change, green energy and alternative medicine.

His accession to the throne is likely to fuel debate about the future of Britain’s largely ceremonial monarchy, seen by some as a symbol of national unity and others as an obsolete vestige of feudal history.

Charles, who will be the head of state for the United Kingdom (UK) and 14 other countries, including Australia, Canada, New Zealand and Papua New Guinea, has defended his actions.

“I always wonder what meddling is, I always thought it was motivating,” he said in Prince, Son and Heir: Charles at 70, a 2018 documentary.

“I’ve always been intrigued if it’s meddling to worry about the inner cities, as I did 40 years ago and what was happening or not happening there, the conditions in which people were living. If that’s meddling, I’m very proud of it.”

In the same interview, however, Charles acknowledged that as king, he wouldn’t be able to speak out or interfere in politics because the role of sovereign is different from being the Prince of Wales.

Charles has said he intends to reduce the number of working royals, cut expenses and better represent modern Britain.

But tradition matters, too, for a man whose office previously described the monarchy as “the focal point for national pride, unity and allegiance”.

That has meant a life of palaces and polo, attracting criticism that Charles was out of touch with everyday life, being lampooned for having a valet who purportedly squeezed toothpaste onto his brush.

But it was the disintegration of his marriage to Diana that made many question his fitness for the throne. Then, as he aged, his handsome young sons stole the limelight from a man who had a reputation for being as gray as his Saville Row suits.

Biographer Sally Bedell Smith, author of Prince Charles: the Passions and Paradoxes of an Improbable Life, described him as being constantly overshadowed by others in the family, despite his destiny.

“I think the frustrations are not so much that he’s had to wait for the throne,” Smith told PBS. “I think his main frustration is that he has done so much and that… he has been sort of massively misunderstood. He’s sort of been caught between two worlds: the world of his mother, revered, now beloved; and Diana, the ghost of whom still shadows him; and then his incredibly glamorous sons.”

It took years for many in Britain to forgive Charles for his admitted infidelity to Diana before “the people’s princess” died in a Paris car crash in 1997. But the public mood softened after he married Camilla Parker Bowles in 2005 and she became the Duchess of Cornwall.

Although Camilla played a significant role in the breakup of Charles and Diana, her self-deprecating style and salt-of-the-earth sense of humor eventually won over many Britons.

She helped Charles smile more in public by tempering his reserve and making him appear approachable, if not happier, as he cut ribbons, visited houses of worship, unveiled plaques and waited for the crown.

Her service was rewarded last February, when Queen Elizabeth II said publicly that it was her “sincere wish” that Camilla should be known as “Queen Consort” after her son succeeded her, answering questions once and for all about her status in the Royal Family.

Prince Charles Philip Arthur George was born on November 14, 1948, in Buckingham Palace. When his mother acceded to the throne in 1952, the three-year-old prince became the Duke of Cornwall. He became Prince of Wales at 20.