From witchcraft to island murder mystery

The month of June has arrived and brings with it a number of new books to consider for one’s reading list. Here are eight new releases this month, which include the story of a former mercenary who investigates a billion dollar embezzlement, an exclusive island resort where its 10 guests are trapped with a murderer, and a world where each person receives a string that indicates how much time they have left.

THE GATEKEEPER BY JAMES BYRNE
After finishing up one of his gigs in a club, former mercenary Dez returns to his hotel and finds himself involved in a kidnapping attempt of a major military contractor’s chief legal counsel Petra – who turns out to be the CEO’s daughter.

Aside from almost being kidnapped, Petra has another problem: more than USD1 billion is missing from their company account. Dez agrees to help her investigate who’s behind the embezzlement and kidnapping.

THE SONG THAT MOVES THE SUN BY ANNA BRIGHT
As the world descends into chaos with every passing day, best friends Rora and Claudia cross paths with two boys who come from one of the secret cities ruled by magic. Upon finding out there’s a disruption in the universe, Rora and Claudia embark on a journey to save Earth and all the other planets.

The Song That Moves the Sun is a tale of magic, fantasy and astrology partly inspired by the classic works of Dante Alighieri. 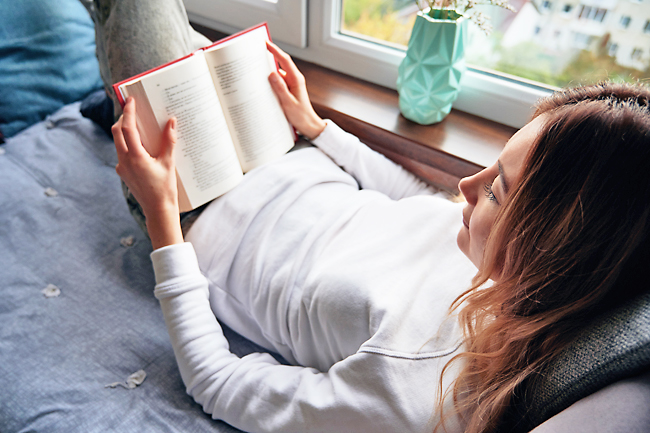 THIS VICIOUS GRACE BY EMILY THIEDE
Alessa’s supposed to magnify her partner’s magic and protect humanity from the great evil, but she’s had three weddings and all of them ended up with a funeral.

With her island home now on the verge of being invaded and her own soldiers after her own life, Alessa hires reluctant street fighter Dante to become her bodyguard. Along their journey, Alessa learns how to control her power as she looks for a magic partner before she runs out of time.

OUR CROOKED HEARTS BY MELISSA ALBERT
Seventeen-year-old Ivy is on her way home after a party with her boyfriend Nate when they almost crash into a woman who then runs off into the woods. From there, strange things continue to happen and Ivy begins to suspect her mother is hiding something from her.

The book is told in dual timelines between Ivy and her mother in her younger days when she used to practice magic and witchcraft, becoming more ambitious with each experiment.

ROGUES BY PATRICK RADDEN KEEFE
Rogues is a collection of 12 non-fiction articles written by Keefe that have been previously published in The New Yorker. It features wild stories of crime and corruption including an international arms dealer who unknowingly agreed to sell arms to undercover agents posing as a rebel group as part of a sting operation, and a global scandal involving one of the biggest banks in the world.

NEVER COMING HOME BY KATE WILLIAMS
The Unknown Island is an invite-only island resort that catches the media’s attention after its marketing campaign goes viral. The resort opens its door to its first 10 guests, absolutely free of charge. All of them are highly influential young people and come from various backgrounds: the gamer, the beauty blogger, the rich girl, the superstar, the junior politician, the environmentalist, the DJ, the CEO, the chef and the athlete.

Shortly after they arrive, the guests begin to notice something isn’t right. The accommodation is nothing like the luxurious resort they had in mind and there’s no one else on the island. When one of them dies, the rest realise they’re trapped on the island with a murderer who’s out for revenge.

THINGS WE DO IN THE DARK BY JENNIFER HILLIER
Famous comedian Jimmy Peralta is found dead in the bathroom with his wife Paris holding the murder weapon when the police arrive.

While Paris is distraught by the murder charges, she is even more worried about the media finding out the secrets of her past and destroying the life she has worked so hard to build, especially when Ruby Reyes, who has been released from prison after being convicted of a similar murder, threatens Paris for her past crime.

THE MEASURE BY NIKKI ERLICK
What seems to be just another day takes an unexpected turn when a small box shows up at front doors all around the world. Inside is a string that indicates how long a person has to live based on the string’s length.

Panic ensues and those with a short string are soon discriminated against as everyone tries to navigate their way through the chaos, struggling with the decision whether to open the box or continue their lives without knowing how much time they have left.

The book follows several characters, including an ER doctor with barely any time left, a couple where one will far outlive the other, and a soldier who trades his short string to continue serving in the military.