From thriller to fantasy

September has arrived, and for those looking to add some new items to their reading list, here’s a look at eight new book releases this month, including stories about a boy who discovers a portal to a mythical world, a pair of siblings who inherit a house with legs of its own, and a group of middle-aged best friends who make a pact to achieve their high school superlatives.

Charlie Reade is a regular high school student who’s just trying to look after himself and his dad after losing his mum in a hit-and-run accident. He makes an unexpected friend when he meets Howard Bowditch, a recluse who lives at the top of a big hill. When Howards passes away, Charlie is left with the house, Radar the dog and a portal within a shed that leads to a mythical world where good and evil are at war.

Myrthe was born with the power to turn tears into wishes. Her attempt to grant a wish backfires when she is cursed to die the next time she sheds a tear. In order to break the curse, Myrthe needs to go on a journey to the Well before she is captured by the king’s soldiers.

Like Myrthe, Bastiaan also has a magical power. He can stop time with a snap of his fingers and has been tasked by the king to bring Myrthe to the palace. When the two meet, Bastiaan agrees to accompany her to the Well in exchange for a wish. 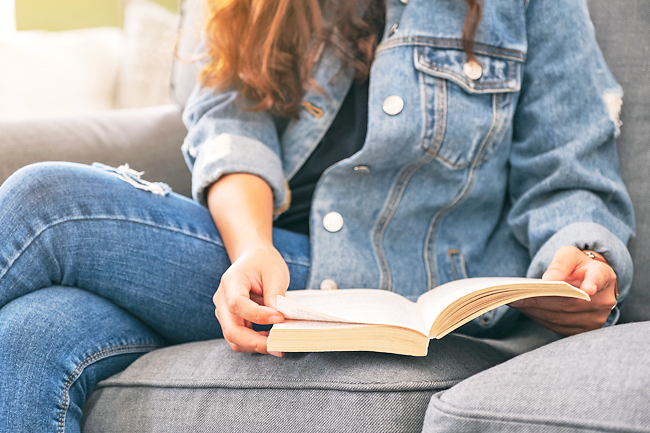 KILLERS OF A CERTAIN AGE BY DEANNA RAYBOURN

Elite assassins Billie, Mary Alice, Helen, and Natalie have been in their line of work for 40 years. Now that they’re 60 and considered past their prime, their organisation is sending them off on an all-expenses paid luxury cruise to celebrate their retirement. But the four women quickly find themselves being targetted by one of their own agents.

The book is split into two timelines, one of which explores the four women’s training and early missions. The other timeline is set in the present as the group tries to survive onboard and figure out who’s behind their assassination attempt.

ACT OF OBLIVION BY ROBERT HARRIS

General Edward Whalley and his son-in law Colonel William Goffe are on the run for the execution of King Charles I. The two men escape to America by boat, leaving behind their life in England. In London, Richard Nayler is determined to track down all the 59 men who signed the death warrant of Charles I. While most have been captured and punished for treason, two particular fugitives remain in America with a lucrative bounty for their captures, no matter dead or alive.

Bellatine and Isaac Yaga are siblings who have been estranged since they were children. Now adults, Bellatine is a carpenter who hides her magical power of bringing inanimate objects to life, while Isaac is a wandering street performer and cons his way through life.

The two siblings reunite when they inherit something that they never would’ve expected from their great grandmother – a house on chicken legs.

Making use of their newfound inheritance to make money, Isaac comes up with an idea of performing puppet shows across the country. Bellatine, who feels an immediate connection to the house and names it Thistlefoot, agrees to tag along. The siblings set off on an adventure, unaware of the Longshadow Man who’s chasing down the house.

SPELLS FOR FORGETTING BY ADRIENNE YOUNG

Emery Blackwood lives a quiet life on Saoirse, a small island rooted in folklore and magic. For the first time in 14 years, she reunites with her childhood friend August who’s returned to bury his mother’s ashes upon her last request.

But August’s appearance is not received well by the people, given that he’s suspected for the murder of Lily Morgan before leaving the island with his mother. With August’s return, strange things begin to happen and the two discovers what really happened on the night Lily died.

THE MOST LIKELY CLUB BY ELYSSA FRIEDLAND

High school seniors Melissa, Priya, Tara and Suki all have big ambitions and are ready to build their future.

Things are looking up as written in their yearbook superlatives: most likely to win the white house, cure cancer, open a Michelin-starred restaurant, and join the Forbes 400.

But 25 years later at their high school reunion, none of them have exactly achieved the future they had in mind. The four of them make a pact to live up to their high school superlatives as they support each other in dealing with all the curveballs life throws at them.

Natalie Walker hasn’t seen her family ever since her brother and sister went to prison 15 years ago because of her. When she learns about her mother’s passing and the house she has left behind, Natalie goes back to her childhood home with her cat.

To inherit the house, the three siblings must claim it together but only her sister Lynn shows up together with her teenage son.

Natalie searches for her brother Jake, wondering how they can put everything behind and go back to being family again.