From the terrestrial to the celestial

THE WASHINGTON POST – Lindy Elkins-Tanton is the principal investigator for a NASA probe slotted to fly out to the asteroid belt to study a rare, metal-rich asteroid called Psyche.

This body, 138 miles wide, is suspected to be the ancient core of a failed planet, one that didn’t fully form in that vast region between Mars and Jupiter.

As Earth’s core is inaccessible, Psyche might serve as the means to unlock the secrets of our own planet’s mysterious centre.

Given the title of her memoir – A Portrait of the Scientist as a Young Woman – a reader might expect to be immersed solely in a scientific story: how a geologist progressed over the years from hammering terrestrial rocks as a student to leading a deep-space mission.

But this riveting book, beautifully written, is far more. With a brave candor, Elkins-Tanton examines all aspects of her experiences – personal and professional, the good and the bad – to plumb the very meaning of her life.

She also offers novel approaches to education, tactics for handling sexual harassment cases in academia and new methods for team-building in scientific research that go beyond the hero model. 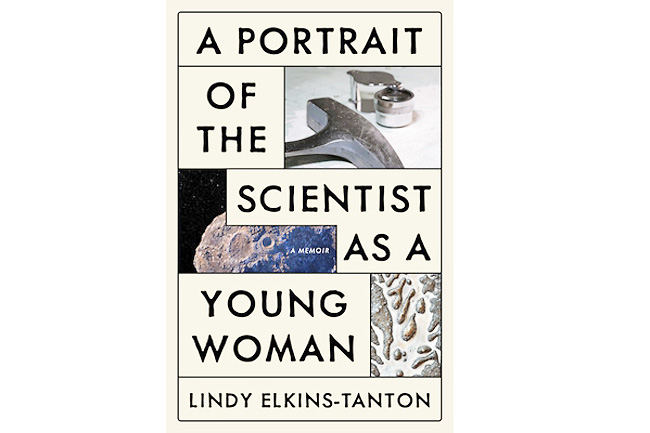 “No single person can alone build human knowledge anymore,” she noted. “We need the breadth of ideas that comes from a diversity of voices.”

Elkins-Tanton’s childhood at first appears quite idyllic. Growing up in Ithaca, NY, she dabbled in poetry and music, won awards for her horse riding, and explored her town with great freedom.

But there was also a dark side: Her mother was detached, her father often angry, and she had to wear an uncomfortable back brace to treat her scoliosis.

More than that, she was repeatedly sexually assaulted as a small child in her neighbourhood woods, a fact her mother never wanted to acknowledge. A terror remained within Elkins-Tanton for years because of that trauma, until a therapist recognised it as a type of post-traumatic stress disorder.

Before that analysis, though, she found solace in her chosen major at MIT. By her sophomore year, she was conducting high-temperature and high-pressure experiments that mimicked the interior of the Earth.

She delightfully recounts each step of her procedures like a chef lovingly describing her favourite recipe. At her graduation, she received not only a bachelor’s degree but a master’s degree as well.

Here her life takes an unexpected turn. Not feeling ready to continue her studies (“for reasons still unclear to me,” she admits), she surprisingly went into business, becoming an analyst for a management consulting firm. Over the following years, she married into a prominent family, gave birth to a son and, while later running her own consulting company, raised sheep and trained dogs.

But after the dissolution of her marriage and two years of teaching mathematics at a small Maryland college (where she met her current husband), she at last returned to MIT, first for a PhD and later a professorship. At this point, the book offers valuable lessons on successful scientific strategies.

Early on, Elkins-Tanton recognised that to answer the big questions in her science she needed to step “across disciplinary boundaries to synthesise from entirely different fields”.

That became her modus operandi. For example, she became fascinated with the Siberian flood basalts, the most voluminous mass of lava to ever erupt upon a continent, enough to cover the Lower 48 states.

It oozed out around the time of the end-Permian extinction, some 252 million years ago, when 70 per cent of terrestrial species and more than 90 per cent of ocean species disappeared.

Was that a coincidence, or was the eruption the cause? To find an answer, she organised a vast collaboration of geologists, geophysicists, geochemists and atmospheric scientists. The expressive descriptions of her field trips to Siberia are the most engaging sections of the book, providing a ringside seat to the discomforts and thrills of a geological expedition.

“The layers of the rock rose from the river like an endless shelf of books, slumped at an angle,” she writes.

“Layer after layer, rising up through time. We’d float up through the whole Tunguska sequence, and then we’d meet the flood basalts themselves.”

After years of data-gathering by that worldwide network of researchers, they indeed proved that climate-changing gases released by the flood (“frighteningly similar to what humankind is producing today,” she stresses) caused the mass extinction. Her questions then reached beyond the Earth.

In 2014 Elkins-Tanton became director of the School of Earth and Space Exploration at Arizona State University, where the proposal for the Psyche mission was finalised.

The review process was long and painstaking, but it came down to a final one-day team presentation before a panel of judges, a nerve-racking appraisal that seems 10 times more intense than a dissertation defense.

The Psyche proposal was a dark horse, as Elkins-Tanton had never headed up a NASA mission and her industrial partner had previously built spacecraft only for Earth orbit, not deep space.

This is where Elkins-Tanton’s early detour into business and the lessons she learned there paid off; NASA noticed that day how well her team functioned under pressure.

Once launched, the spacecraft will travel three years to get to Psyche. With the start of that journey, writes Elkins-Tanton, “we’ll have won, again, something actually worth winning: the chance to work harder, for longer, on something that will amaze us and drive human knowledge farther.” She has found her life’s meaning.