From tech thriller to compelling documentaries

A new month means lots of new releases, and October 1 saw over 50 new movies and shows added to Netflix alone.

Here’s a rundown of some of the new releases set to hit the service this month.

Get your heart pounding early this October by immersing yourself in this intense Netflix Original mystery thriller film starring Mila Kunis.

Luckiest Girl Alive revolves around sharp-tongued New Yorker Ani Fanelli (Kunis), who appears to lead the perfect life as an accomplished writer for a popular magazine, all whilst sporting an enviable wardrobe and getting ready for her upcoming dream wedding in Nantucket.

Phil has a major dependency issue – he’s addicted to his cellphone. He has no friends and no love in his life. Forced to upgrade to a new phone, Phil soon learns that the latest model comes with Jexi – an artificial intelligence life coach, virtual assistant and cheerleader. With its help, he begins to get a real life.

But as he becomes less dependent on the phone, Jexi starts to morph into a tech nightmare that’s determined to keep Phil all to itself. 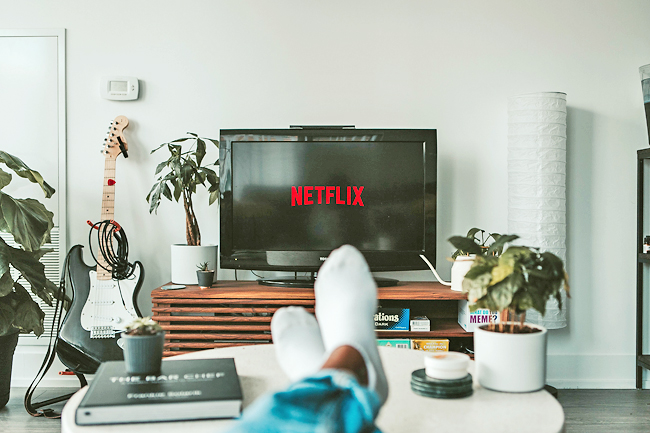 Filmed at the historic Brooklyn Academy of Music, Hasan Minhaj returns to Netflix with a hilarious performance in his second stand-up comedy special, Hasan Minhaj: The King’s Jester.

The Emmy-nominated series is back with a season full of tricks and treats as in line with the celebration of Halloween.

Featuring ghoulish surprises from some favourite Netflix shows – Umbrella Academy, Cobra Kai and The Witcher, the desserts are intentionally scary this time!

THE TRAPPED 13: HOW WE SURVIVED THE THAI CAVE

In this compelling documentary, members of the Thai youth football team tell their stories of getting trapped in Tham Luang Cave in 2018 – and surviving.

AFTERSHOCK: EVEREST AND THE NEPAL EARTHQUAKE

THE JOYS AND SORROWS OF YOUNG YUGUO

In this moving documentary, teen Yuguo goes on the adventure of a lifetime as he leaves China to pursue his passion for Romanian literature and culture.

CONVERSATIONS WITH A KILLER: THE JEFFREY DAHMER TAPES

This three-part documentary series explores the warped mind of serial killer Jeffrey Dahmer through newly-unearthed recorded interviews with his legal team, revealing the ways that race, class and policing allowed him to prey upon Milwaukee’s marginalised communities.

As Northern Ireland takes a big step into the future, so do the characters of sitcom Derry Girls – but not without hitting a few messy stumbling blocks along the way.

This film follows the story of a troubled lead singer of a rock band who sets out to rekindle the relationship he never had with his long-lost daughter.

A young woman joins forces with a UFO enthusiast to investigate her boyfriend’s sudden disappearance and stumbles into a wild conspiracy.

This new film starring Eddie Redmayne and Jessica Chastain is about an overburdened intensive care unit (ICU) nurse who leans on her selfless new colleague, until a patient’s death casts him in a suspicious light.

THE SCHOOL FOR GOOD AND EVIL

The School for Good and Evil is a Paul Feig-directed fantasy film that is based on Soman Chainani’s 2013 novel of the same name.

This Netflix Original title revolves around misfit best friends Sophie (Sophia Anne Caruso) and Agatha (Sofia Wylie) as they find themselves on warring sides of a big battle after being kidnapped and taken to the titular enchanted educational institution that trains aspiring heroes and villains to protect and enforce the world’s tenuous balance between good and evil.