From tarantulas to snakes

ANN/THE STAR – While cats and dogs are common choices for pets among Malaysians, there are others who prefer something more exotic such as snakes or even tarantulas.

Business development executive Muhammad Suhail Afandi, 29, has a fascination for reptiles that prompted him to get his own leopard gecko.

“I was surrounded by reptiles, particularly snakes, when growing up and I have been catching these in my hometown of Balik Pulau, Penang since I was 10.

“When I had enough financial resources and had performed sufficient research on the gecko, I pulled the trigger and bought the animal,” he said, adding that he has been keeping the animal for seven years now.

He also previously owned a pair of sugar gliders – a type of small, arboreal, nocturnal gliding marsupial. “Tarantulas are easy to maintain as feeding them only takes once or twice a week,” he said, adding that his pets were fed dubia roaches bought from a fish breeder. 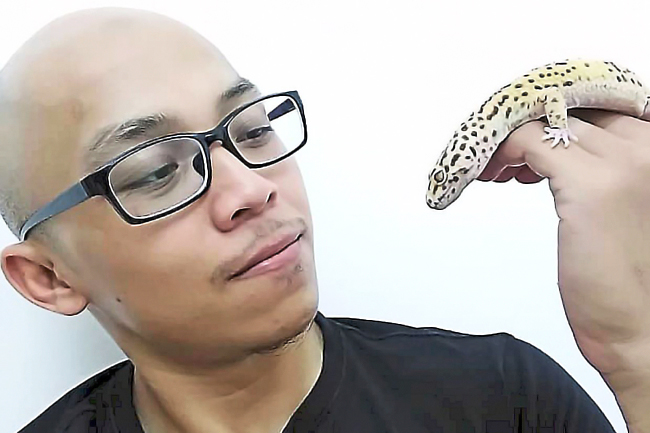 Student Harriz Johan, 25, who owns a bearded dragon and a blue tongued skink (both different types of lizard), said his interest for exotic pets developed from his visits to various pet shops.

“It started when I was wandering around a pet shop and noticed the various reptiles on display, with the interest just eventually growing in me. “After much time and consideration, I finally bought the reptiles in March last year from a pet shop,” he said, adding that his first exotic pet was also a sugar glider.

He said caring for the bearded dragon was slightly challenging as it required live insect feed, and a dry and hot environment for its enclosure.

Talent acquisition assistant Amiera Eifra Arfie, 25, said her passion for animals came from both her father and grandfather.

Amiera, who currently owns a ball python, a Mexican Black Kingsnake and a bearded dragon, said snakes were easy to maintain since they only ate on a weekly basis.

“The bearded dragon, however, requires more effort since it originates from the Australian desert,” she said, adding that her friends would visit her just to see the animals.

She said although she was eager to get these pets, she had done her own research for at least six months before getting them.

“I had to check whether a seller was credible as there are unethical people selling illegally obtained animals. Currently, only my ball python requires an annual licence from Perhilitan (the Wildlife and National Parks Department).

“This licence can only be obtained if the animal is purchased from a credible and registered exotic pet shop,” she added.