From night owl to early bird

ANN/CNA – Good sleep is hard to come by. According to the United States (US) federal government, more than one-third of adults routinely fail to get a healthy amount of sleep, defined as a minimum of seven hours a night. If your night owl tendencies are ruining your sleep, there are steps you can take to become more of a morning person.

The first thing to keep in mind is that your bedtime to some extent is influenced by your genetics. Everyone has a personal biological rhythm, or chronotype, that determines their optimal time to fall asleep and wake up. Studies show that there are many genes that nudge some of us to be morning people, some of us to be night owls, and others to fall somewhere in between.

One study published in the journal Nature Communications, for example, analysed the sleep habits of nearly 700,000 people and identified a large number of genes that play a role in whether someone is a morning person or not. On average, people who carried the highest number of genetic variants for “morningness” tended to fall asleep and wake up about half an hour earlier than people who carried the fewest.

“Your circadian rhythm tendencies are genetic and can’t really be changed,” said sleep medicine doctor and associate professor of medicine at the Perelman School of Medicine at the University of Pennsylvania Dr Ilene M Rosen, referring to the body’s innate 24-hour circadian cycles that govern when we wake up and fall asleep. “But the good news is that we can give our clocks some cues that influence it a little bit.”

Just because you’re currently operating as a night owl doesn’t mean you are destined to burn the midnight oil. It’s possible you stay up past your optimal bedtime because of distractions.

Many people who might naturally fall asleep around 10pm, for example, end up staying up until midnight to work, surf the web or binge on Netflix. That makes it harder to wake up in the morning. But you can become more of a morning person by focusing on your morning routine. 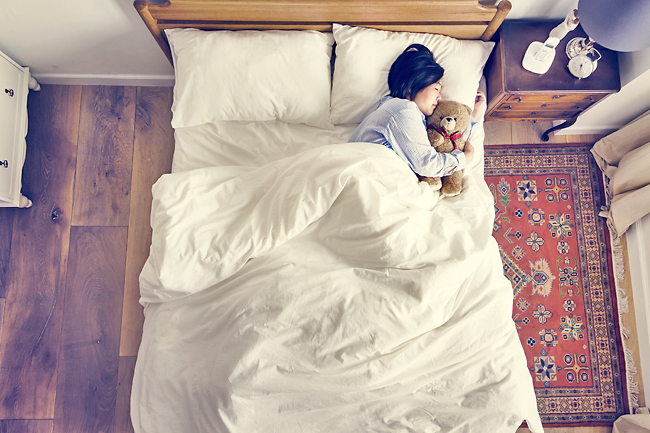 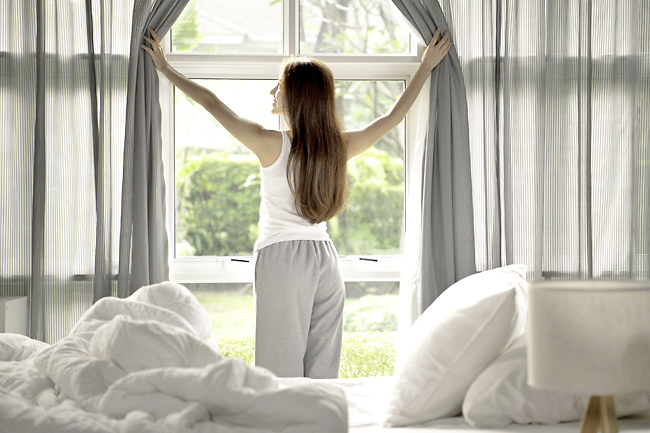 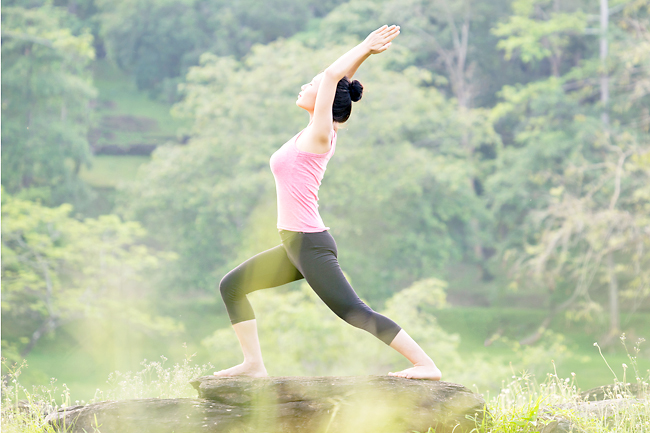 First, decide what time you’d like to wake up. Then, get out of bed at exactly that time each day – regardless of how tired you are – and get some sunlight. Sunlight tells your brain that it’s time to be awake. Studies have found that morning light can advance your circadian rhythm, which will help your body adjust to an earlier schedule. As your body gets used to starting the day earlier, you’ll naturally begin to fall asleep earlier in the evenings as well.

If it’s dark out when you’re aiming to wake up or you can’t quite make it outside, then consider trying bright light therapy, which involves turning on a special lamp for about 30 minutes each morning as you go about getting ready for the day. In this scenario a regular table lamp or overhead light will not do the trick. You want to use a light therapy lamp because they’re designed to mimic outdoor light. A typical light therapy lamp will cost you between USD70 and USD160.

While sunlight exposure first thing in the morning is critical, you should try to get plenty of sunlight during the day as well, as this will also help to shift your clock in the right direction.

Then, in the evening, try to minimise your exposure to artificial light. It’s fine to use dim lights, lamps and reading lights, but you should try to avoid exposure to devices that emit blue light – computers, fluorescent lights, television screens, smartphones – within two to three hours of the time you’d like to fall asleep. Studies have shown that blue light exposure at night can disrupt your sleep and suppress melatonin, the hormone that helps to regulate sleep.

Researchers have found that blue light can throw off your circadian clock, making it harder for you to become a morning person.

Another thing that can help is taking a very low dose of melatonin, which you can find at most pharmacies, said assistant professor of neurology in sleep medicine at Northwestern University Feinberg School of Medicine in Chicago Dr Sabra Abbott. Dr Abbott recommended taking no more than a half milligram about one hour before bed. It’s important to keep the dose low so that it clears your system quickly. “We’re trying to provide a little signal that it’s the beginning of night time,” Dr Abbott said. “But we want it out of your system by the end of the night because melatonin at the end of the night can push your clock later and will make the problem worse.”

If you follow these steps, you should start to feel increasingly sleepier at earlier times in the evening, allowing you to fall asleep and wake up earlier. But whatever you do, make sure that you stick to your new routine – including on the weekends. Consistency is crucial. “If you’re getting up early for work and going to bed early, then you have to keep doing the things that got you there,” Dr Rosen said. “If there’s a party on the weekend and you stay up late or you start watching Netflix late at night, then you will undo everything you just did, and you’ll have to start all over.”

Some people have a condition known as delayed sleep phase syndrome, which is akin to being an extreme night owl. They tend not to fall asleep until well after midnight, and they can easily sleep through the morning. This condition is most common among young people, affecting roughly seven to 16 per cent of adolescents and young adults. The behavioural changes mentioned above can help if you think you have this disorder. But if you find that it’s still disrupting your ability to work, go to school or function on a daily basis, then it might be a good idea to contact a sleep specialist.