From heartwarming tale to historical feud

If you’re looking for something new to read this month, here are seven new releases to put on your reading list, including a heartwarming story of a young boy in search of his biological father, an eerie tale of a mysterious spring that grants any wish at a cost, and a historical fiction that explores one of the most well-known feuds in the United States (US) history during the Gilded Age.

THE COST OF KNOWING BY BRITTNEY MORRIS

Whenever Alex touches an object or a person, he gets a vision of what will happen to it.

Some would describe the ability as a gift, but Alex feels it’s a curse to be bombarded with visions against his will, from trivial things like scooping ice cream for a customer to seeing his car damaged beyond repair and breaking up with his girlfriend.

One day, Alex has a vision of his brother’s impending death. All his visions have come true up to now but Alex is determined to change the future before he runs out of time.

THE DROWNING KIND BY JENNIFER MCMAHON

An eerie, supernatural story with the premise, “be careful what you wish for”. The Drowning Kind features two timelines going back and forth, one set in present day and one set in 1929.

The present timeline follows Jax and Laxie, a pair of sisters with a strained relationship due to their differences and Lexie’s deteriorating mental state.

One night, Jax receives nine missed calls from her sister and assumes it’s one of her episodes. The next day, Jax finds out that her sister drowned in the pool at their grandmother’s estate – the very same pool that has claimed so many lives including their aunt.

The second timeline follows a pair of newlyweds staying at a luxury hotel in Vermont, where a natural spring is rumoured to grant wishes at a cost. The couple makes a wish to conceive a wish, unaware of the price and consequences. 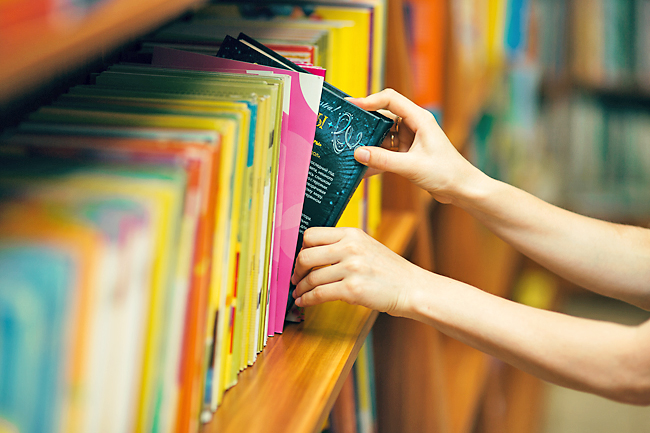 THE FUNNY THING ABOUT NORMAN FOREMAN BY JULIETTA HENDERSON

Twelve-year-old Norman dreams of performing a comedy show with his best friend, Jax.

Their plan is simple: go to the Edinburgh Fringe, one of the biggest festivals, then get rich and famous.

Norman’s dream shatters when Jax unexpectedly passes away, and with his best friend gone, the only person left by Norman’s side is his mother.

Norman, who has never met his biological father, decides to come up with a new plan: look after his mom, find his dad, and go to the Edinburgh Fridge.

Together with his mom and a tech-savvy pensioner, Norman sets off on an unforgettable road trip to Edinburgh.

A fun, charming read that will tug on your heartstrings.

MOTHER MAY I BY JOSHILYN JACKSON

Bree Cabbat considers herself lucky. She has a loving husband, two talented teenage daughters and a beautiful baby boy she’d do anything for. Everything is perfect until she wakes up to an old woman staring at her through the window, followed by her son’s disappearance and a mysterious note left behind.

If she wants her son back, she needs to obey the culprit’s orders.

A gripping story of revenge and the lengths a mother would go to save her child even at the risk of breaking her family apart.

MURDER IN THE COOKBOOK NOOK BY ELLERY ADAMS

The competition gets off to a rough start, with a fire breaking out on the filming set outdoors.

Shortly afterwards, one of the chefs is found dead in the hotel pantry, and strange incidents take place one after another.

Murder in the Cookbook Nook is the seventh book in the popular series by Ellery Adams, but newcomers can still enjoy it as a standalone.

THE SOCIAL GRACES BY RENEE ROSEN

The Gilded Age in the US history (1870s-1900s) was an era of economic boom, but it was also an era of scandals and corruption behind closed doors. The rich became richer, the poor became poorer, and status was everything.

Aristocrat Caroline Astor – also known as the Mrs Astor – was the undisputed queen of New York society, shunning those who gained wealth instead of inheriting it.

Her views clashed with those of Alva Vanderbilt who grew up in poverty and married into one of America’s richest families.

Based on true events, The Social Graces is an insightful historical fiction that explores the feud between Alva Vanderbilt and Mrs Astor.

THE PERFECT DAUGHTER BY DJ PALMER

At the age of 16, Penny Francose is suspected of murder.

With her fingerprints on the murder weapon and the victim’s blood on her clothes, the evidence is stacked against her.

Her mother believes that Penny has dissociative identity disorder, and Penny is sent to a psychiatric hospital while awaiting her trial.

The Perfect Daughter is an intense psychological thriller with multiple points of view including those of Penny’s mother, brother and psychiatrist.