From battlefield to glampsite

KHAYBAR, SAUDI ARABIA (AFP) – A Saudi town best known for a fierce battle between Prophet Mohammad (pbuh) and Jewish tribes is remodelling itself as an upscale tourist draw in line with the kingdom’s rebranding efforts.

Situated in an oasis amid a volcanic field north of Madinah, the settlement of Khaybar was once home to thousands of Jews, who were defeated in a decisive 7th-Century battle with Prophet Muhammad’s (pbuh) army as Islam expanded across the Arabian Peninsula.

Last month, Saudi Arabia inaugurated a new visitors’ centre in Khaybar, which takes a longer view of the area’s history by highlighting references in ancient texts to its conquest by Babylonian-era King Nabonidus.

At the centre, displays avoid mentioning the seventh-century battle and tourists can arrange hikes to nearby volcanoes, strolls through lush palm springs or helicopter tours over ancient tombs and desert kites, which are dry stone walls that served as animal traps.

The project is part of a broader push in the conservative Sunni Muslim country, which only began issuing tourism visas in 2019, to attract some 30 million foreign visitors annually by the end of the decade, up from four million last year.

Khaybar tour guide Enass al-Sharif said it was important to shine a light on features of the area that go beyond its significance to Islam. 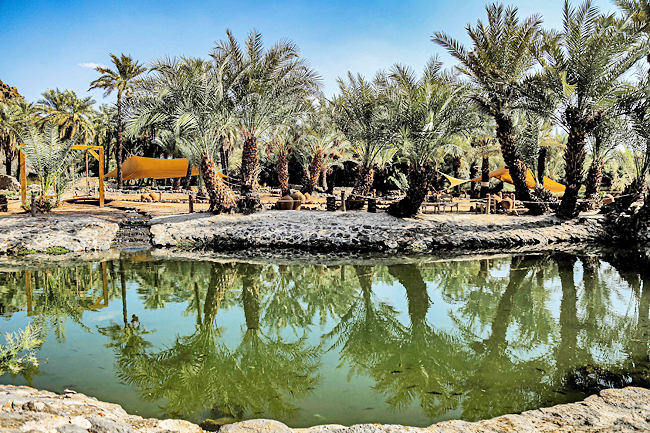 However, “it also has a strong relationship with history and civilisation. All these things were collected in one place, which is why it is attracting many tourists”.

Archaeologists believe Khaybar has been inhabited for over 200,000 years, and it once served as a vital stop along the so-called Incense Route that linked it to Madinah to the south, and the desert city of Al-Ula to the north.

But in the 1970s, the Saudi government began pushing residents to leave the old settlements for new structures with modern plumbing and electricity. “We wanted some civilisation and development… so we left,” recalled Saifi al-Shilali, a Khaybar native who was in his early 20s when his family moved away.

Since then, the old settlements have been abandoned, and Shilali, now in his 60s, is among those who have been agitating for a revival.

The transformation of Khaybar into a potential tourism draw “is something we have been waiting for a long time”, he told AFP.

“With my interest in research in Khaybar and in tourism… we have been waiting for this moment, so we consider it a quantum leap.”

Like other Saudi attractions such as Al-Ula, a budding arts hub located among ancient Nabataean tombs, Khaybar is largely geared toward well-heeled travellers.

The Khaybar Volcano Camp promises an “exclusive stay” that “takes glamping to another level”, with 10 rooms surrounded by imposing mountains.

The focus lies squarely on the setting rather than the historical events that took place there.

The camp even features a reiki energy healing master named Chamuel who conducts sound meditation sessions, inviting guests to enter “your own magical garden, a place beyond time and space”.

All the while, an archaeological survey and excavation project continues to unearth new details about human activity in the area as well as how its climate has evolved.

The project, backed by the French government and expected to last through the end of 2024, has already yielded a deeper understanding of neolithic campsites, canals and rock art. 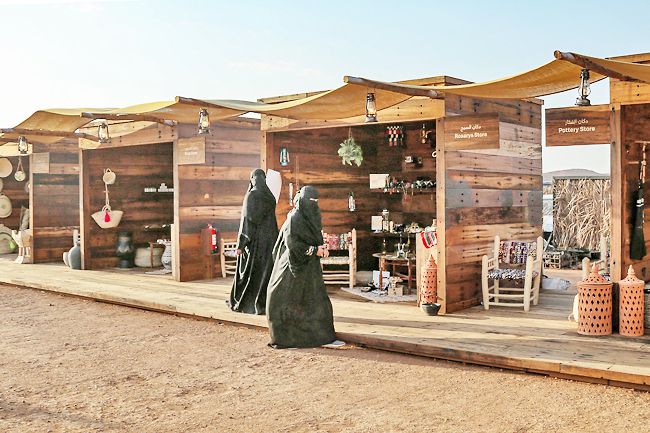 Among the most intriguing finds are the “pendant tombs”, rock formations that when viewed from above resemble a pendant hanging from a chain. The story behind them “remains a mystery”, according to the visitors’ centre, though archaeologists believe they date back 5,000 years.

Khaybar residents like Shilali are eager to learn more about the people who constructed them as part of rounding out a picture of the region’s past – including Prophet Mohammad’s (pbuh) seventh-century victory, but also everything else.

“I think we are supposed to shed light on Khaybar as a historical region whose roots go back to prehistoric periods, including the Jewish period,” he said.

“I believe that the history should be known in its true form, without any exaggerations.”