For those looking for some new books to read, here are seven new releases to put on your reading list, including the story of two rival bakers who compete to make the ultimate wedding cake, a professional hitman who only kills bad people out on his last mission, and a pair of students who accidentally unleash a book-bound demon.

SOMETHING NEW UNDER THE SUN BY ALEXANDRA KLEEMAN

Patrick’s book has been chosen to be adapted into a movie. Determined to make it a success, he arrives in Hollywood to monitor the film adaptation and is assigned as the production assistant. Despite his role, Patrick is stuck doing menial tasks and the movie strays further and further away from how he imagined it to be.

On top of his disastrous book adaption, drought and wildfire across California, there seems to be something sinister going on behind a company that supplies synthetic water for the whole state.

Operation Cake is one of the biggest baking shows in town, and Sylvie is thrilled to join as a judge. Strictly speaking, it isn’t her first time being on the show. She was a contestant four years ago and charmed everyone except one of the judges, Dominic, who had glitter all over his face due to an unfortunate accident with Sylvie’s cake.

After reuniting on the show as judges, Sylvie and Dominic are presented with one of the biggest opportunities they could ever dream of – bake a cake for the princess’ wedding. But only one of them will have the honour of having their cake chosen. 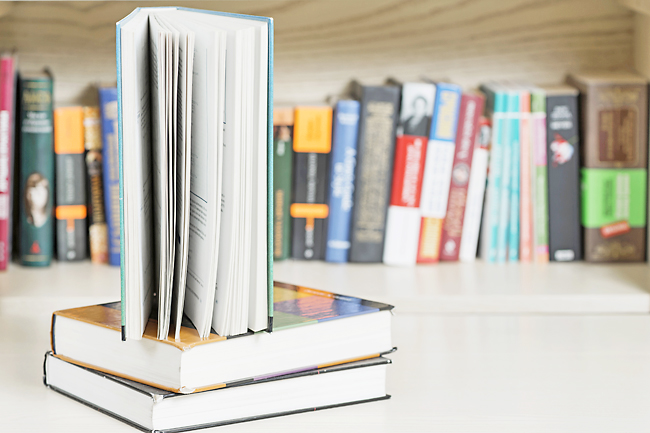 As a library assistant, Tess has had her fair share of unpleasant patrons. But none of them come close to Eliot, the headmaster’s son who is persistent in getting his hands on the library’s dark grimoire collection.

After being blackmailed, Tess agrees to help Eliot and the pair works together searching for the restricted magical tomes. The two achieve their goal but accidentally unleash a demon, putting not just theirs but other people’s lives at risk.

Billy is a professional hitman with an unusual principle for those in the business – he only kills people who he thinks deserve it. After a long life of assassinating people in the dark, Billy plans to retire in peace. But he has one last mission to go, and it might be the most difficult one.

CHASING THE BOOGEYMAN BY RICHARD CHIZMAR

After graduating from college, Richard returns to his hometown where a serial killer is on the loose, called ‘The Boogeyman’ by the media. Richard teams up with journalist Claudia, digging out every piece of information they can find related to the case.

Chasing the Boogeyman is described as a fiction novel that reads like a true crime, featuring photos of real people.

IN THE WILD LIGHT BY JEFF ZENTNER

After losing his mother to drug abuse, Cash now lives with his grandparents who love him unconditionally. But Cash is very close to losing one more important figure in his life: his grandfather is barely hanging on because of a lung disease.

When summer arrives, Cash has his hands full mowing lawns to earn extra bucks, using his free time to hang out with his best friend Delaney.

In an unexpected turn of events, Delaney makes a major scientific discovery and earns a scholarship at a boarding school. She convinces the school to offer a scholarship to Cash, and together they leave their small town to start their new life in Connecticut.

A LINE TO KILL BY ANTHONY HOROWITZ

Private investigator Daniel Hawthorne and his assistant, Anthony Horowitz, are invited to an exclusive literary festival on the island of Alderney. The two of them take this opportunity to promote their book and set off for their trip, unaware of a murder that will take place.

In A Line to Kill, author Anthony Horowitz self-inserts as the book narrator, guiding the readers on a classic murder mystery investigation while working alongside the arrogant yet brilliant Hawthorne.