THE WASHINGTON POST – To some, they’re cute personalities in kids’ movies and books. To others they look slimy and warty. But by taking time to observe, you’ll find that frogs and toads are amazing amphibians.

All toads are frogs, but not all frogs are toads, said naturalists. Nature can be complicated, so let’s dig deeper.

Scientists don’t make a distinction between frogs and toads. They all belong to the largest amphibian order called Anura, meaning the adults are “without a tail”.

Frogs are an important part of our ecosystem, said Director Brooks Paternotte, at the Irvine Nature Centre in Owings Mills, Maryland. “They’re the ‘canary in the coal mine’.”

That expression refers to a now-abandoned practice of taking caged canaries into mines. The birds would react quickly to poisonous gases, alerting miners to the danger.

Like those canaries, frogs let us know when our environment needs help. 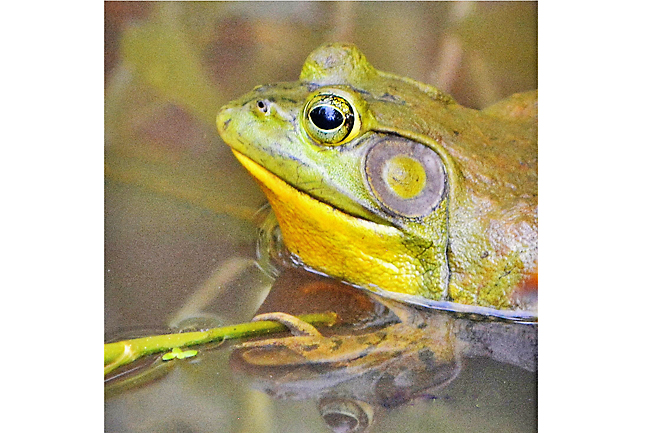 Frogs thrive with plenty of insects to eat and an abundance of healthy ponds, marshes or other wetlands to lay their eggs. “If you don’t hear frogs around their normal habitats on spring evenings, that’s a signal that something is wrong in the area,” Paternotte said.

There are more than 7,000 species of frogs in the world. Found everywhere except Antarctica, frogs are grouped into three basic categories. True frogs have moist skin as they must live in or near water. Tree frogs have sticky pads on their feet for climbing. True toads have dry bumpy skin, are more drought tolerant and live mostly on land, but need access to healthy water for egg-laying.

Probably the easiest way to tell the difference between a frog from a toad is by looking at the hind legs and how they move. Toads use their short, squatty legs to hop or walk. Frogs have strong hind legs – longer than the rest of their body, said biologist Sara Hasenstab at the National Zoo’s herpetology department.

Frogs seem like champion jumpers, reaching more than 10 times their length in distance. Imagine if you could jump 10 times your height from a standing position. A kid who is four feet tall could jump more than the length of a school bus!

Frogs need gentle slopes to the water so they can get in and out easily. Toads are often found in backyard gardens, on a forest floor, or camouflaged in leaves and tree stumps.

It’s mating season now for many frogs, so you can hear the males calling in the evening.

“Toads may even be on your steps, looking for moths under outdoor lights,” Hasenstab said.

Regardless of where you look for frogs, Paternotte said, “close your beak and open your eyes and ears. Stealth is key. The more quietly and thoughtfully you move, the more you will see”.

Find a good frog habitat at a park or nature centre, and play a game: How long can you sit without moving and making a sound? You might be surprised at the types of frogs you’ll see.

– Frogs and toads shed their skin frequently and eat it.

– Both have long, sticky tongues that dart out to grab insects, bringing prey to their mouths in less than a second.

– Frogs and toads seem to blink when eating because their eyes are pulled inward briefly, helping push food down their throats.

– Frogs and toads drink water through their skin via “drinking patches” on their bellies. Signs of illness can indicate water pollution.

You don’t get warts if you handle a toad. “The worst thing that will happen to you,” said naturalist Jeron Winters at Arlington’s Long Branch Nature Centre, “is it will pee on you”.

He cautioned, “Don’t pick up amphibians. They breathe through their skin.” They can be harmed by sprays, lotions or food residue on your hands.

Some frogs and all toads excrete toxins that can harm predators, said National Zoo biologist Sara Hasenstab. “If your dog puts a toad in its mouth, the awful taste and irritation will hopefully teach the dog to leave toads alone,” she said.

FROG AND TOAD AS PETS?

Think carefully about getting one as a pet. Never take wild amphibians as pets. Pet shop frogs may be nonnative species and may spread chytrid fungus, which has destroyed more than 500 amphibian species worldwide since the late 1990s. Never release a pet frog or toad into the wild. Enjoy watching frogs in their natural habitats or garden ponds.