BANG! NEWS – Lisa Kudrow thinks Friends would be “completely different” if it were created in 2020.

The 56-year-old actress starred as Phoebe Buffay in the iconic sitcom – which ran from 1994 until 2004 – but Lisa admitted the show is no longer considered to be as ‘progressive’ as it once was.

Asked how a Friends-type sitcom would look in 2020, she explained, “Well, it would not be an all-white cast, for sure.

“I’m not sure what else, but, to me, it should be looked at as a time capsule, not for what they did wrong.

“Also, this show thought it was very progressive. We had surrogacy. It was, at the time, progressive.” And Lisa teased details of the reunion special, which is set to air on HBO.

The actress told the Sunday Times newspaper, “No audience has seen us together since the show was over.

“We will reminisce, talk about what was going on behind the scenes. It’s not us playing our characters. It’s not an episode. It’s not scripted. It’s six of us coming together for the first time in I don’t know how long.

“I am really looking forward to it, because I think that I remember things, but then I talk to Matt or Jennifer, and they remember everything. It’s really fun.”

Meanwhile, Lisa also confessed that her post-Friends career has not gone entirely to plan. 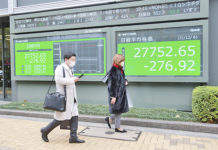